To encourage plant growth, potting soil can be made from a variety of organic and inorganic components. These mixtures are not suitable for dogs, and if the potting soil is consumed, their playful and curious nature may result in disaster.

If the decomposition process was not carried out properly, the soil and other organic materials used to manufacture potting soil may include viruses and a variety of bacteria that could infect dogs when swallowed.

Above a temperature of 140 degrees Fahrenheit, these bacteria are killed.

Depending on the dog’s size and maturity, eating potting soil will have varied impacts on different dogs.

Some dogs may get gastrointestinal symptoms shortly after eating the potting soil, which may last for a few hours. Other dogs may experience symptoms many hours later or even days later.

How can the type of potting soil affect dogs differently?

The kind of potting soil and the substances it contains determine how long it takes for the dog to feel the effects.

Different potting soils have different components and formulations to meet the requirements of various plants. When it comes to the health of your plants and keeping pets close by, it is best to be aware of the sort of potting soil you have.

Here are some potting soil varieties and their applications:

A soilless potting mixture that contains peat moss, tree bark, vermiculture, perlite, limestone, and sand is known as non-organic potting soil. These support the delayed release of nutrients to the plants around them and aid in the soil’s ability to retain moisture.

Reasons why Dogs may Like to Eat Potted Soil 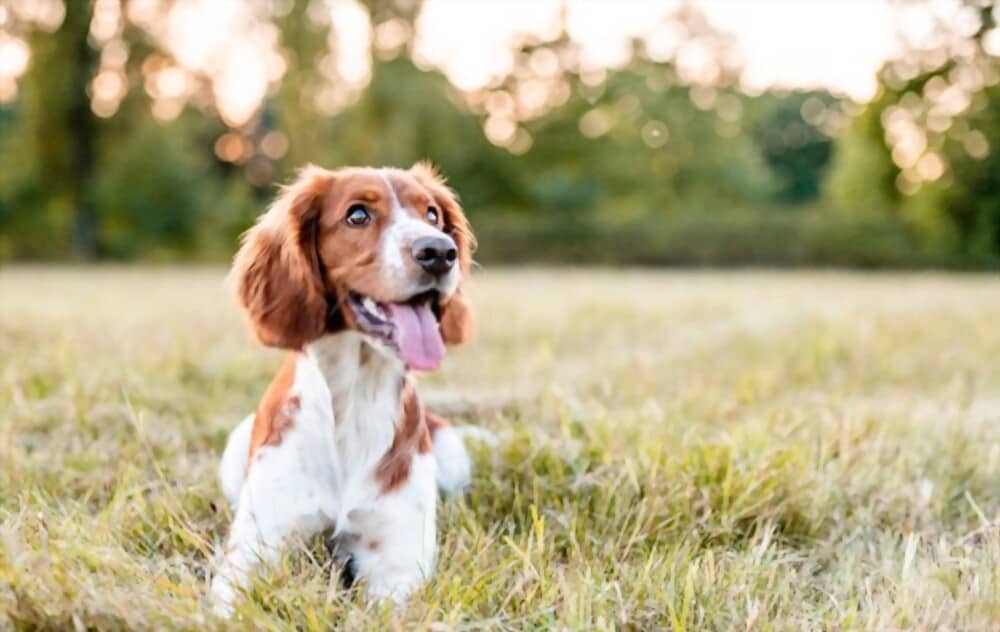 Dogs may be drawn to potting soil for the following reasons:

When put on topsoil, various types of mulch have the potential to harm dogs if consumed. Mulch treated with cocoa is one example.

Due to the theobromine and caffeine they contain, cocoa-treated mulches will draw the attention of dogs due to their chocolate-like aroma.

Theobromine has a diuretic effect in addition to having an impact on the circulatory, respiratory, and central neurological systems. Dogs who have been poisoned initially exhibit vomiting, haematemesis, and polydipsia. Source.

To help with food digestion, dogs often eat grass and other plants. While doing so, they come into contact with mulches and potting soil, which may even be more alluring to them than the plants or grass themselves.

You may also read our in-depth essay on why dogs enjoy plants, in which we discuss how to create a space that is safe for both dogs and plants.

What if the Potted Soil Contains Bone or Blood Meal?

Dogs are drawn to the aroma of bone meal, which appears to be a reliable source of food but can actually lead to gastrointestinal issues including diarrhea and vomiting when consumed.

The chemicals in the meal and the potted soil combination that the bone meal was in have an impact on how the dog reacts to it.

Calcium and phosphorus are essential for plants to

The primary ingredient in bone meal is ground-up cow bones, though it can occasionally also include small bone fragments. The dry mixture might cause choking when consumed in excessive quantities. This might happen if the dog consumes the bone meal straight from the bag or if the potting soil wasn’t properly combined with it.

Pets ingesting fertilizer and other gardening supplies is one of the top 10 emergency calls received by the ASPCA.

Fish meal and blood meal are two examples of additional animal-related fertilizer products. As their names imply, they are created from the fish bones and the dried, processed blood of farm animals.

However, the fish meal could include fragments of fish bone that are easily swallowed by dogs and cause discomfort and vomiting.

Any fertilizer made from animals will have an appealing scent that will draw dogs. Due to the fertilizer’s inability to be created for animals, dogs who consume it may experience adverse effects.

Depending on the type of potting soil and the amount consumed, the potted soil can have a variety of effects on dogs.

According to extensive research, the following are the typical signs that follow a dog eating potting soil:

The dog is merely detoxing and eliminating itself through these reactions. However, signs like the ones mentioned above shouldn’t be ignored, and you should see a vet as soon as you can.

Can Other Planting Soil Affect Dogs if Eaten?

Dogs are also impacted by fertilized and nutrient-rich soil. Ingesting additional substrates like stones or boulders that have been added to the soil could also be harmful.

Because potting soil contains all the nutrients needed for plants to grow healthily in their small containers, it is typically advised that plants be potted using a potting soil mixture.

In some cases, pesticides may also be used to prevent pests from eating the plants. These insecticides eventually find their way into the soil, and if consumed by dogs, they can cause intestinal issues.

If you must use pesticides, choose for an organic substance like neem oil. Neem oil is advised for plants that are located close to pets because it can assist with fleas, ticks, intestinal parasites, and mange mites in dogs.

Insects that release chemicals as a defense strategy against danger may be present in potting soil and soil from potted plants. The toxins generated by the insects may cause the dog to vomit or experience digestive issues that could result in diarrhea if the dog ate the soil that contained the insects.

The potted soil’s damp environment may draw undesirable insects and animals, such frogs. They frequently seek out the plant’s cool, shady surroundings because it serves as a refuge away from the sweltering sun.

Here is my story regarding potted soil and my dog after that.

When it was dozing off in potting soil in a plant pot, my dog once bit a toad. She’s a little dog who loves to play. My dog only had to eat a tiny bit before he began to gasp, vomit, and instantly develop diarrhea.

My dog started to feel better after an expensive trip to the vet, a bag of fluid drip, and a dose of antibiotics. After 12 hours of biting the toad, which was quietly dozing in the potted soil, the symptoms were completely gone.

If your dog eats some mulch or potting soil, you should think about buying a nontoxic blend that contains more organic materials and won’t harm your dog significantly.

You should always actively supervise pets when they are in your garden or planting area to prevent them from getting into mischief.

Wire cages or pet barriers can be put up around plants that have potting soil or mulch that can hurt your pets as an additional mechanical measure of prevention.

Why do my dogs eat potting soil?

Potting mix may appear safe to many gardeners, but if the right precautions aren’t taken, it can potentially be highly deadly, according to Dr. Sutton. “The majority of people who inhale the microorganisms do not get sick. Age, smoking, and having a compromised immune system all enhance the chance of disease.

What do I do if my dog ate potting soil?

Keep an eye out! They might be trying to tell you something, and becoming sick from eating dirt or soil wouldn’t take long. If you feed your dog homemade food, Pet experts advise scheduling a visit with your veterinarian as your dog may be working to correct a nutritional shortfall.

Is potting soil toxic to dogs?

Dogs can return to places that have been treated with Miracle-Gro fertilizers right after application. The components in these items are said to be safe by the Food and Drug Administration and are also found in other nontoxic products you use around the house.