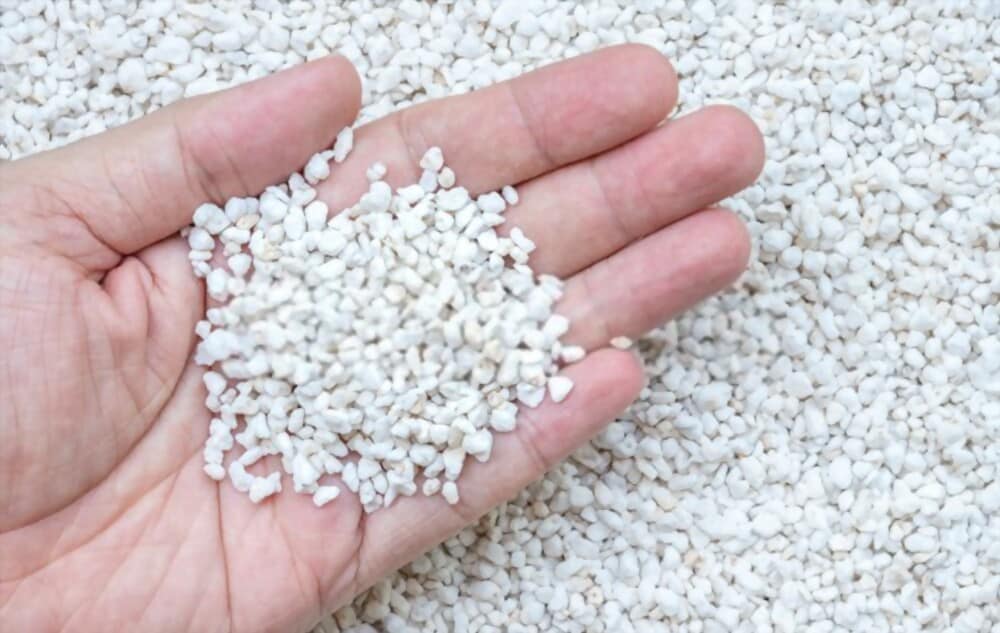 To improve the structure and quality of potting medium, soil substrates like perlite and vermiculite are both added. Because they are frequently employed in the soil medium when potting plants, soil amendments are fairly common and can be purchased in every garden store.

Even though they are both put into the soil to improve aeration, perlite and vermiculite are significantly distinct from one another in nature. Vermiculite is better for plants because it holds water and nutrients and releases them slowly and steadily, unlike Perlite, which does not hold as much water and provides the soil with a more porous quality.

Since they both share a characteristic that helps make the soil more porous and airier, you can use both of these soil additions to improve the soil. But these two are very different from one another, and it’s important to understand the significance of these distinctions when creating the ideal potting mixture for your plants.

Amazon has a perlite and vermiculite blend that is affordable for all of your potting needs. To access it, click this link.

Where do they Come From –

Both of these mined products are seedless, sterile, odorless, and disease-free. Both forms of media won’t rust, get worse, or decay.

Earthing rocks at high temperatures of more than 2000 degrees Fahrenheit in mining and processing facilities produces both perlite and vermiculite.

In both cases, the stone is popped by the high temperature, resulting in a structure that resembles popcorn.

The temperature’s popping impact on the rocks widens their original configuration, resulting in a larger and more airy internal structure.

Utah and Oregon are two places in the west where perlite is mined, although New Mexico is the state that produces the most perlite overall. China, Greece, Italy, the Philippines, Mexico, and Turkey are additional nations that generate significant quantities of crude and expanded perlite.

, South Africa, China, Brazil, Russia, and the United States of America are the first places where it is mined.

How are they Made –

Perlite is an amorphous volcanic glass with a high water content that is often created when obsidian is hydrated. It is found naturally and possesses the peculiar quality of rapidly expanding when heated.

Since perlite is created of volcanic glass, its composition is mostly composed of silica, with smaller amounts of aluminum, potassium, and sodium. When added to soil, these elements are also advantageous to plants.

Perlite is not Styrofoam; rather, it is a low-density industrial product used in horticulture, building, and the manufacture of filter materials.

Due to how similar they look, perlite is frequently mistaken for Styrofoam or even eggs in the soil. Perlite has a slightly polished appearance from the structure’s bubbles.

The production facility determines the size of the perlite substrate based on demand and the products sold.

The diameter of coarse perlite can range from 3 to 8 mm.

The weathering or hydrothermal modification of biotite or phlogopite results in the formation of vermiculite. Based on the heat applied and the chemicals present in the furnace at the time of manufacture, rock takes on a brownish colour.

These frequent rocks look like gold, bronze yellows, or even black, and they are extremely resistant to weathering.

Worm castings or vermipost do not contain vermiculite.

When heated, the hydrous phyllosilicate mineral vermiculite expands significantly. When the mineral is heated to temperatures above 2000F, exfoliation happens.

Similar to perlite, sizes are typically created in various grades and are determined at the production facility.

Vermiculite’s sizes can range from –

My plants stay healthy even after repotting thanks to the Miracle-Gro Potting Mix I get from Amazon. Clicking here will take you there.

What Nutrients do they Contain –

According to a scientific investigation, vermiculite offers more minerals to plants than perlite.

Because the parent materials of perlite and vermiculite are mostly found in the ground, they may contain a variety of different minerals that are good for plants.

These naturally occurring minerals give the base components of perlite and vermiculite their distinctive weight, texture, and appearance depending on how they are ordered. They are also present in the ground.

The minerals are still present in the perlite and vermiculite after manufacture, and when they are put to potting soil, they gradually release over time due to watering and natural deterioration. Thus, these minerals will be utilized by the plants for growth and fruit or flower production.

Perlite typically has a composition that contains, according to a typical analysis (source)

Based on the aforementioned analysis, vermiculite offers more minerals for plants to utilize as silica or silicone is an inert substance, meaning that it does not contribute any nutritional value to plant growth.

Perlite offers the soil a more aerated structure that allows water to drain more freely, even though it doesn’t deliver as many nutrients. As we’ll explain further in this article, this is good for many plants.

How Do They Influence Soil Structure –

Vermiculite is used in soil remediation to remove heavy metal contamination in addition to improving soil aeration. Vermiculite considerably lowers the amount of metal contaminants that plants absorb when it is added.

By fostering a healthy environment for beneficial bacteria and microorganisms (bugs), this promotes plant growth in contaminated soil.

More water is absorbed and stored by vermiculite than by perlite.

The process of making perlite involves heating volcanic glass, which is then puffed like popcorn. This makes its asymmetrical structure incapable of holding water.

Due to its propensity to help water drain more freely, perlite can help soil become less moist when added to it. As a result, it is frequently utilized in potting soil designed for succulents, which prefer a well-drained soil to one that is kept moist.

However, I have discovered via research that the size of the perlite substrate being used can have an impact on water retention. I’m used to the uniformly smaller perlite as well.

Contrarily, vermiculite has a more sheet-like structure that allows it to hold more water while yet maintaining the soil’s good airflow. It does a great job controlling soil moisture.

When exposed to water, vermiculite behaves more like a sponge and increases in size by three to four times.

Vermiculite is a fantastic potting medium for starting seedlings because it retains water, which keeps the soil moist and well-aerated.

What Plants are they Most Beneficial for? 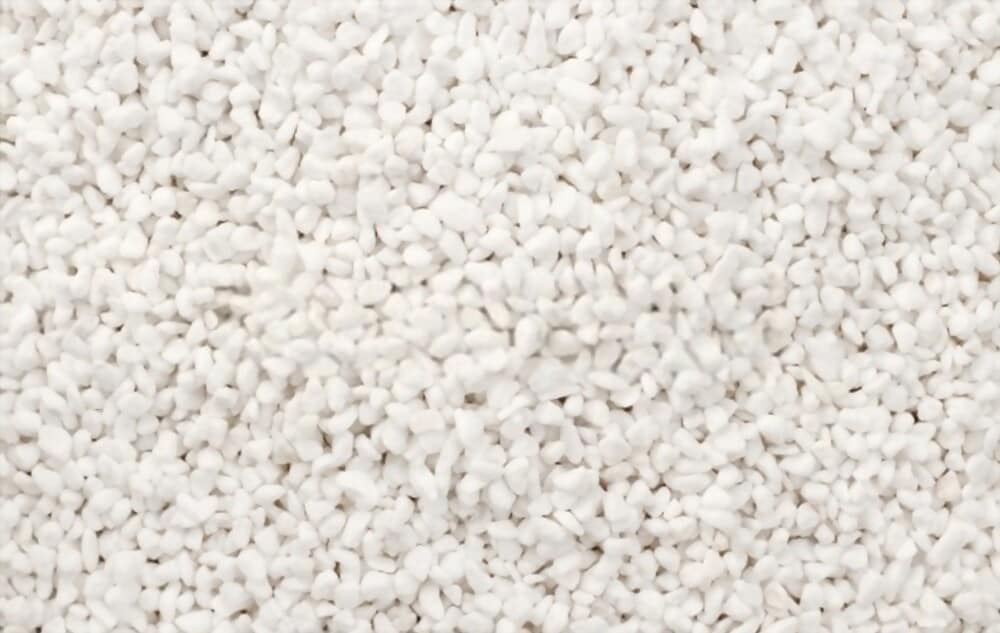 Can you Mix Perlite and Vermiculite? –

A 50/50 blend of perlite and vermiculite can be used to make a balanced soil composition.

Vermiculture and Perlite should be combined in a 1:1 ratio and then added to potting soil to create a well-balanced mixture, according to horticulturists.

This would provide the greatest growing conditions for potted plants as a general soil mix by combining good water retention ability and aeration within the soil.

There is no universal rule of thumb for this since, for plants with specialized demands, the mixing ratio can be adjusted to give the correct circumstances for that particular plant.

After observing your plant’s growth and development, as a plant owner, you will be able to produce a potting mix that is well matched to your plant’s requirements.

How Much do Perlite and Vermiculite Weigh?

After going through the thermal expansion process, volcanic glass, perlite, and vermiculite can weigh up to 40 times less than their parent substance.

When compared to perlite, which weights 80–128 kg/cubic meter,

Since perlite is rather neutral and has a pH range of 7 to 7.5, adding it to soil won’t have an impact on the soil’s quality.

However, it has been found that occasionally adding perlite to potting soil raises soil alkalinity, necessitating further steps to correct the pH spike.

On leafy plants that prefer more acidic environments, this might result in fluoride burns.

Vermiculite functions as a buffer against excessive acidity or alkalinity because it has a pH range between 6.5 and 7.0 and is much better at controlling pH than perlite.

This facilitates the uptake and utilization of available nutrients from the soil by plants.

Precautions when Choosing Perlite and Vermiculite –

Both perlite and vermiculite are utilized in the building business, and in this case, additional chemicals are added to the materials to produce a substrate that is appropriate for that sector of the market.

Having said that, you should only buy and use horticultural grade perlite and vermiculite for your plants as it may include toxic chemicals like asbestos (a proven carcinogen).

How to Handle Perlite –

Dust is created in large quantities when perlite is removed from its packing. A piece of perlite would become dusty if you squeezed it while holding it.

You should wear a face mask to prevent breathing in dust particles because they can irritate your lungs and nostrils.

This is due to the fact that it is primarily composed of silica, and as silica has a strong affinity for water, inhaling it can dry you up and irritate you.

The ability of Vermiculture and Perlite to Hold and Release nutrients

Better nutrient retention and release to the plants is made possible by vermiculture.

Vermiculture aids in holding and releasing liquid fertilizer more gradually, much like the yellow Osmocote balls, which is crucial when trying to repair nutritional imbalances in plants.

A good vermiculture mix in the soil could assist hold and release the nutrients to the plants gradually until the next fertilizer addition is necessary. Potted plants also need fertilizer to be added on a regular basis.

This keeps the plant growing and healthy all year long.

Contrarily, perlite doesn’t store nutrients and instead slowly draws them out of the soil with each irrigation.

As a result, the plant’s capacity to obtain and utilize the nutrients is decreased, which could eventually result in nutrient shortages.

Vermiculite Uses in the Garden –

Which Is Better Perlite or Vermiculite? –

Vermiculite is the clear winner in the overall comparison, according to the results provided in the answers to the questions raised above.

But in order to produce the ideal soil mix for plants to develop, certain plants may require a combination of both substrates.

Some plants demand more vermiculture in the mix, while others prefer a more predominate perlite combination for a well-drained and aerated mix.

Everything depends on the plant and its unique requirements.

Which is better vermiculite or perlite?

Both perlite and vermiculite have a neutral pH and are effective water-retentive materials. However, vermiculite has a reputation for being able to hold more water than perlite. Therefore, perlite would be a better option for plants like rhododendrons that need less moisture or for desert conditions where succulents thrive.

Is vermiculite better than perlite?

Both perlite and vermiculite have a neutral pH and are effective water-retentive materials. However, vermiculite has a reputation for being able to hold more water than perlite. Therefore, perlite would be a better option for plants like rhododendrons that need less moisture or for desert conditions where succulents thrive.

Can I use vermiculite instead of perlite?

Always keep in mind that perlite is best used when you want better drainage and aeration. When you wish to retain moisture better, use vermiculite.

Can you substitute vermiculite for perlite?

Both perlite and vermiculite are used to increase soil aeration and moisture retention. Although they are utilized similarly, they cannot be employed in place of one another.

Is vermiculite same as perlite?

The ability to retain moisture is where vermiculite and perlite diverge most. Remember that there are differences between the two when choosing between perlite and vermiculite, including the fact that vermiculite contains nutrients like potassium, magnesium, and calcium, but perlite does not.