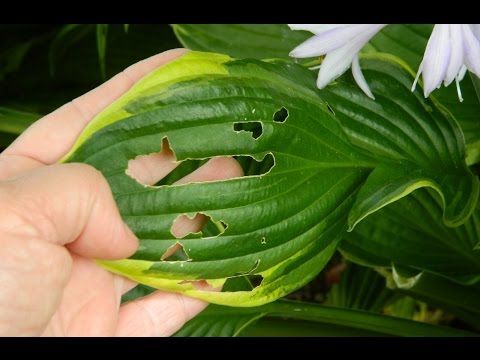 Slugs and snails are the enemy of hosta growers because they adore munching on its succulent leaves and leaving their distinctive shredded holes as they work at night.

To keep slugs out of my potted hostas, I personally have tried every typical tip out there, including copper strips, coffee grinds, and everything in between, but none of these methods actually work.

That is, until I followed the following advice, all of which worked together.

Together, these three actions offer a wonderfully effective method for keeping slugs out of pots and away from hostas that has shown to be more successful than any other approach I have ever attempted.

For further recommended practices to prevent slugs and snails from damaging your hosta plants in pots, as well as details on how to put these suggestions into reality, scroll down.

This is the best method I’ve yet seen to keep slugs and snails from chowing down on juicy hosta leaves.

Slugs and snails won’t cross salt (which could kill them by dehydrating them) or dry wood ash. Wood ash is not a long-term deterrent, either, as it loses its potency after rain and is easily blown away in winds.

Since salt will dissolve in water, it appears that it is ineffective as a long-term slug deterrent outside.

The cool technique is here.As the top of the pot is most likely to be in the rain shadow, you can put a ring of Vaseline (approximately half an inch wide) on the exterior.

The next step is to rub the salt into the Vaseline all the way around the pot’s edge. Vaseline will keep the salt in place and prevent rain from washing it away.

This will create an impassable barrier for the slugs, stopping them from crawling up the pot to attack your potted hostas in the middle of the night once they smell the salt, which is held in place by the Vaseline.

This straightforward strategy has shown to be a highly effective means of addressing the most common issues gardeners encounter while producing hostas.

It should be noted that you will need to periodically maintain the salt and Vaseline barrier because rain, ice, snow, and other moisture-causing factors progressively dissolve some of the salt and weaken the slug barrier.

However, this strategy can last for many months before requiring changes as long as the line of Vaseline and salt is in the rain shadow of the pot.

As an alternative, you can raise a rectangle or square pot off the ground using “feet” or stones and create a barrier of Vaseline and salt around the feet if the pot does not have a rain shadow. The feet can be shielded from rain by being underneath the pot, allowing the salt to remain inactive and useful as a slug deterrent for longer.

The benefits of salt over pellets or other slug traps or repellents include: 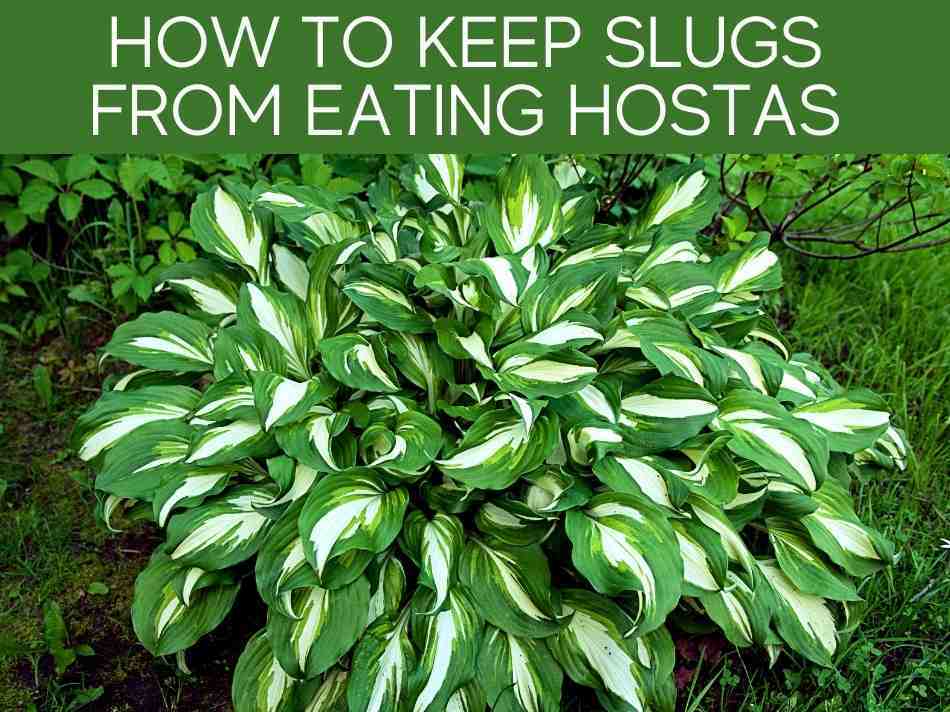 The most well-known and commonly accessible of these hostas are “sum and substance” and “halcyon,” which are huge, hardy hostas with lovely leaves. It is said that “Sum and Substance” is the hosta that is best at withstanding slugs.

In comparison, Hosta ‘Krossa Regal’ is a smaller hosta that matures to a height and width of 24 inches. This cultivar’s resistance to slugs is facilitated by its thicker, waxier leaves.

Because they have thicker, waxier, and more robust leaves that are harder for slugs and snails to eat, these hostas fight slugs more effectively than others.

Hostas that are resistant to slugs and snails are another excellent preventive method that will lessen the likelihood of slug and snail prevention.

Water Hostas in the Morning (Not in the Evening) 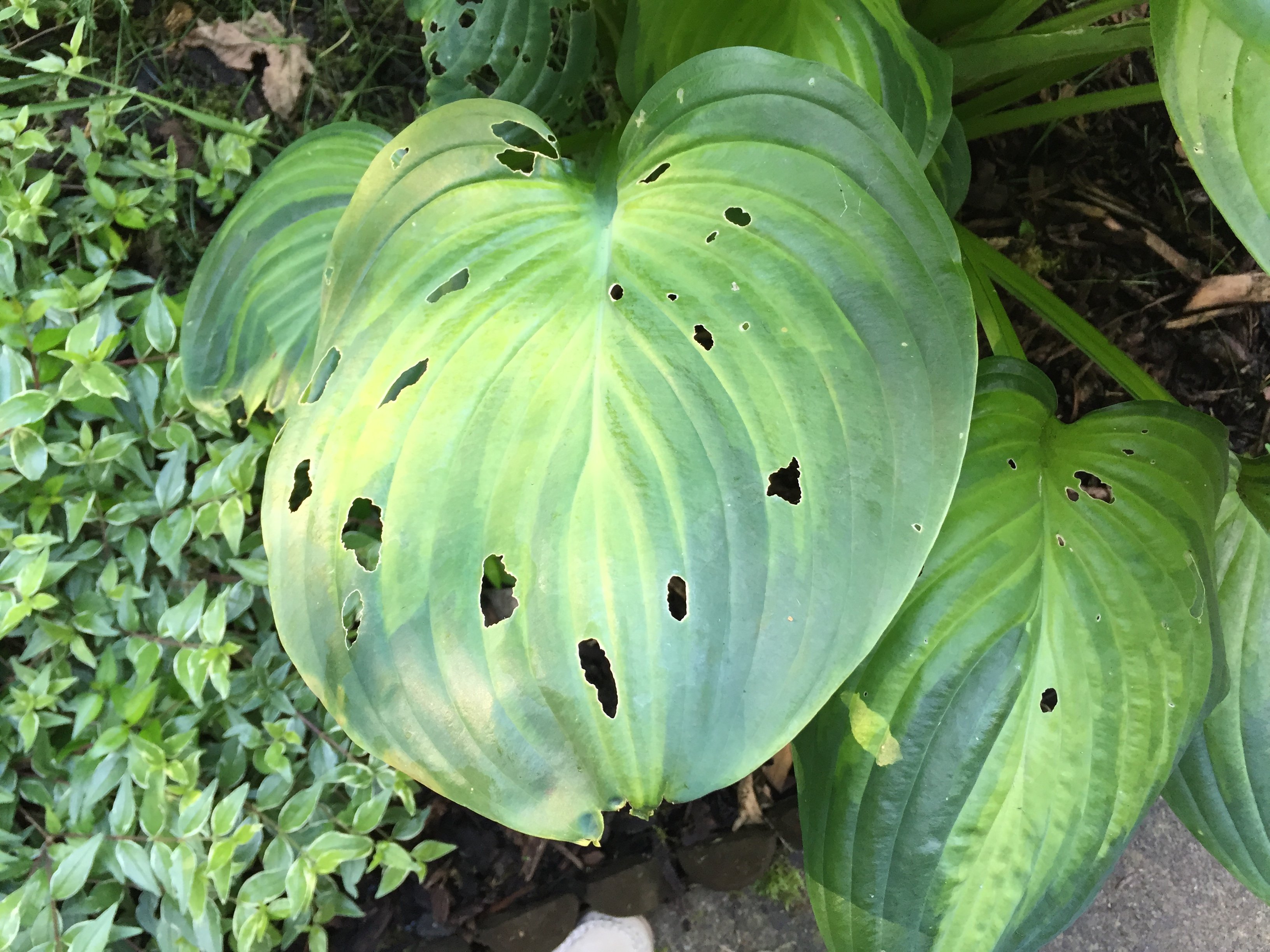 Since many gardeners water their plants in the evening, the hostas, soil, and ground will be soggy the next evening.

Because they are most active in moist environments and like to emerge at night, slugs and snails are more likely to target your hostas and leave their distinctive holes in the leaves.

Hostas should always be watered in the morning so they have water for the day and so the ground and area surrounding your pot can dry out a little before nightfall. This will lessen slug and snail activity on your hostas when used in conjunction with the other remedies.

Additional suggestions for preventing slug and snail predation on potted hostas include:

What can I put on my hostas to keep animals from eating them?

Strong scents from garlic, eggs, and predator urine keep deer and other animals from eating your hostas and other garden plants. Just keep in mind that aroma deterrents must be used from time to time in order to be effective.

How do I protect my hostas from slugs?

Consider growing some hostas with waffled leaves or the blue variety as well, which slugs tend to despise. To protect your hostas, surround them with an abrasive barrier made of crushed eggshells, sand, wood shavings, diatomaceous earth, hair, or ash. Keep these items dry, and after it rains, replace them.

What is eating my hostas at night?

Slugs or snails are essentially to blame when bugs are consuming hostas. These nocturnal foragers, which bite tiny holes in the hosta leaves, are usually regarded as the most prevalent pests. They can be identified by the silvery colored slime or snail trails that they leave behind in the garden area.

What is making holes in my hosta leaves?

Slugs are a frequent pest on hosta, therefore it’s possible that your plants are being harmed by them. When the temperature is over 50 degrees and there is enough moisture from rain or irrigation, slugs will be active. Rain has been a common occurrence this year, which has created favorable conditions for slugs.

What can I put on my hostas to keep the bugs from eating them?

By by adding vegetable oil to the insecticidal soap combination, you can create your own horticultural oil. The insecticide is more efficient at killing insects on the hosta because the oil makes it stick to the plant’s stems and foliage for a longer period of time.