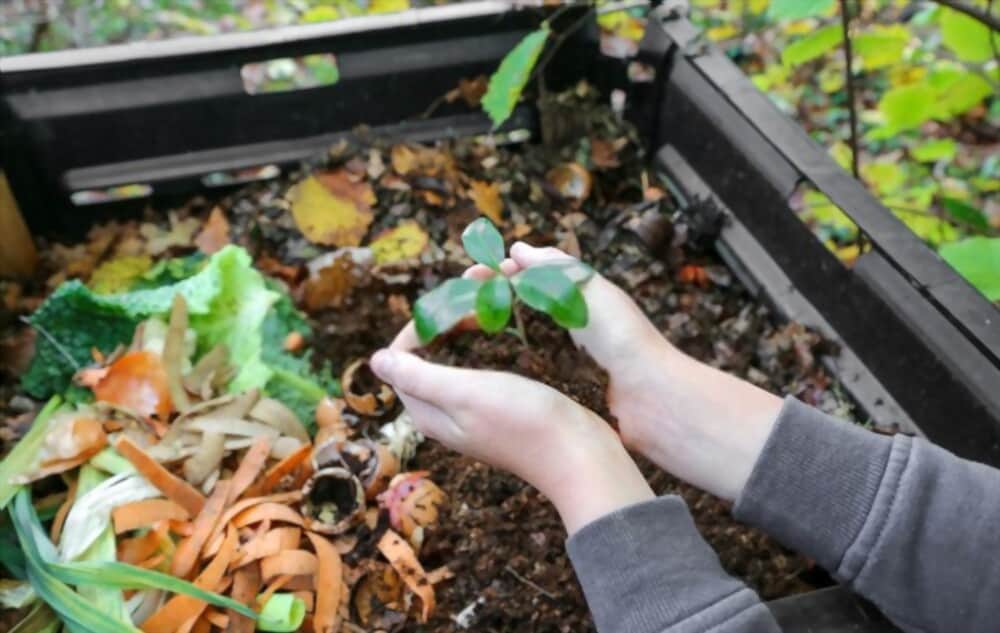 In the garden, mulch and compost serve important roles. Compost can generally be utilized as mulch, despite their apparent differences.

Compost can be used as mulch to cover topsoil at a reasonable price while also improving the soil’s nutrient content, preventing weed growth, retaining moisture, and promoting microbial activity. In a location with little wind and sunlight, 2 to 3 inches of compost should be spread on top of the soil.

When applied as mulch, compost works wonders and improves soil health. It successfully prevents soil erosion and serves as a good organic fertilizer.

This article goes into great length about the advantages of using compost as mulch, including those advantages as well as what you can do to make sure it works well as mulch.

Can Compost Be Used as Mulch?

In addition to the advantages of incorporating compost into the soil, adding compost on top of the soil gives the plant additional nutrients.

Similar to conventional mulch, compost can be applied to the ground in a uniform layer to serve as a cover and benefit the soil underneath. Both garden soil and potting soil can contain it.

Among these advantages are:

The greatest mulch for organic gardeners is indeed compost. You can get fantastic results by mulching perennial beds with compost. Plants develop more quickly under compost mulch, and disease and pest damage is reduced.

Installing a compost mulch increases flower and vegetable size and reduces pest damage, according to research from throughout the globe. It improves the soil without affecting the plants or fauna already present.

When compared to bark and wood chip mulch, compost exhibited encouraging effects. Plant development can be considerably accelerated by organic waste. The soil has ample access to the nutrients. By using them, stem and leaf production can be increased.

When employing compost mulches, quality is very important because it will serve as the main environment for plant growth.

Additionally, before planting, compost can be spread directly on top of the ground. Long before plants are added, it helps replenish the soil.

What are the Benefits of Using Compost as Mulch? 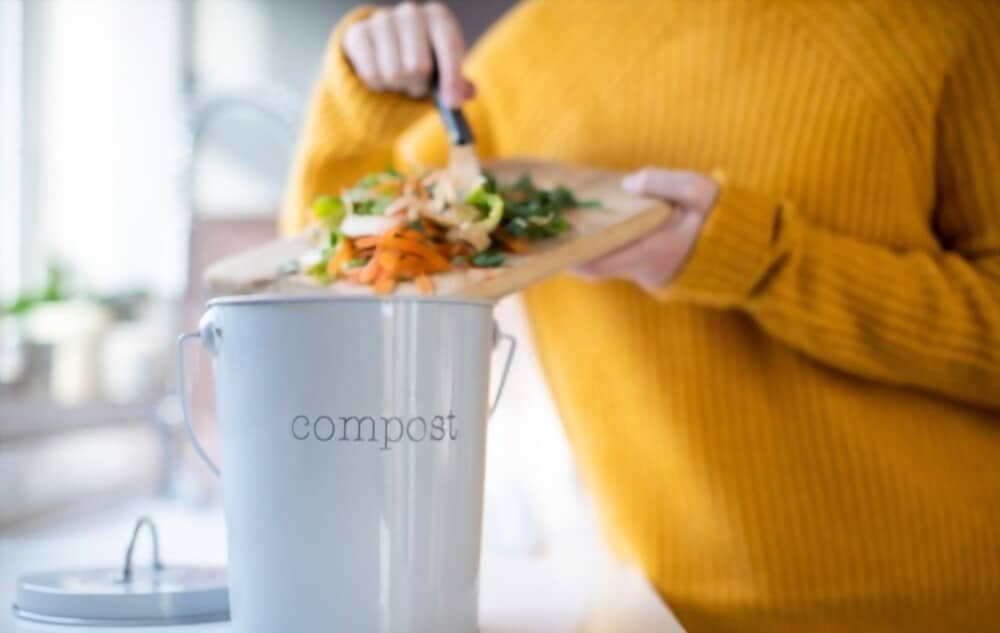 Mulch made from compost offers a lot of advantages. From preserving pH to combating plant diseases, it can aid in plant growth. Using compost mulch helps the orchard ecosystem manage weed, fungal, and pest management.

The growth of composted soil does not require extra fertilizer. Mulches made of compost are a superior alternative to chemical fertilizers. To add a top layer of protection for plants, mulch. Compost mulch, on the other hand, offers both protection and nutrients.

Several of the advantages of utilizing compost as mulch are described here.

Nutrients, water retention abilities, microbes, and soil-building insects are just a few advantages of compost. It functions as natural organic fertilizer, balances PH, and neutralizes various poisons. The growth of plants is accelerated by all these important variables.

Additionally, in order to access the additional nutrients from the compost, roots will typically sprout and spread out through the soil.

Boosts Microbial activity Within the Soil

Mulching significantly increases the diversity and richness of bacteria and fungi, and also has a substantial impact on the structure of microbial communities.

An important part of the composting process is played by microorganisms. They consume the organic material in the compost bin or heap, turning it into the rich, tan substance we know as compost.

Examples of the numbers of each kind of microbes present are provided in the “oeOn-Farm Composting Handbook.”

Using this information, we can see that adding compost as a simple mulch can enhance soil health by introducing millions of living creatures.

Micronutrients in composted mulch include boron, cobalt, zinc, iron, and iodine. As a result, promote optimal plant growth. Components combined together during compost creation determine the number and quantity of nutrients.

Additionally, the above-mentioned significant increase in microbiological activity may make more of these nutrients available to the plant as these organisms continue to decompose organic matter in the soil.

When a result, as the organic material decomposes over time, the soil level may start to decrease.

On how the soil level decreases over time, see the detailed post.

Slow-release of nutrients to the soil

Are you worried about the availability or release of nutrients? You don’t need to worry; mulch that has been composted can remedy your situation. Plants slowly begin to grow in the spring. Microorganisms, on the other hand, release nutrients gradually.

Compost can improve the soil’s ability to retain water. It can hold 200 times its dry weight in water. After organic matter bonds with the earth, tiny fragments and aggregates are formed.

Simple soil has a greater propensity to behave like cement when moist. While crumbled soil creates aggregates, it also has the ability to hold water, making it accessible for plant growth. Additionally, it facilitates water drainage through cleft channels.

As a result, irrigation intervals can be extended and less water is utilized on the plant. This enables the soil to retain moisture much longer after irrigation.

Can be applied all year round

It can take three to twelve months to make the ideal compost. The organic elements used to create compost have an impact on decomposition.

Once you’ve achieved the finished, lump-free form, you can use it whenever you want. Anytime of the year, without worry, you can add it to the soil. It won’t burn plants or sting water at this time.

The seeds are kept from ever getting to the soil by a thick mulch of compost. Mulch prevents sunlight from reaching seeds or roots that are already in the soil, which is one of their basic requirements. Although weeds will attempt to push through, if your mulch layer is thick enough, it will smother all but the hardiest weeds.

How to Mulch with Compost?

Compost may be mulched in two easy methods. Create a clean, well-kept soil surface, then sprinkle compost over it. You can buy compost in aggregated form. So, it will aid in the soil penetration of worms and other helpful insects.

These small constructions will aid in compost evaporation and soil incorporation. As a result, it feeds plants and imitates weed development.

Another advantage is water retention. If you don’t have a garden, that’s no problem. You can cover indoor plant containers with a layer of compost.

Another approach is relatively comparable to the one previously stated. Thin layers of compost are placed, but it shouldn’t be completely dried. Any type of dry mulch prevents healthy root development.

Add a layer of additional mulch on top of any dried compost. For instance, chopped leaves will aid in water retention. and maintain the biological activity of plants, such as fruits, vegetables, etc.

Can too Much Compost hurt plants?

Compost is known as “black gold” since it adds a significant amount of nutrients to your soil. Sometimes an overdose of good can be demonstrated, causing a prenatal impact and plant death.

Plant growth may be slowed by high concentrations of soluble salts. The plant is burned by too much phosphorus, sulfates, and nitrogen in organic fertilizer. As an antidote to phosphorus, iron is given to the soil.

Phosphorus concentrations that are too high promote the growth of mycorrhizal fungus in plants. Verify that it won’t injure your field. It will be useful to perform an appearance test because it should be crumbled.

Always demand quality while using the municipality’s compost. Broad-leaf herbicide comes with rotten hay. The leaves of the plant suffer damage. Your ground needs to be cleared of all vegetation.

The Downsides of Using Compost as Mulch

Within a compost bin or pile, microorganisms are acclimated to dark, wet circumstances.

When compost is put over the soil, sunshine exposure can cause the compost to heat up and perhaps harm any plants that are immediately exposed to it near to the surface.

This causes them to retreat deeper into the plant soil, which is advantageous to the soil and plant.

The Sun and Wind can Dry out the Compost

Compost, when utilized as mulch, will be exposed to the weather, including wind and sunshine.

The combination of wind and sunlight, especially, can quickly dry up the compost, making it unusually light and gritty. As a result, the compost will be readily blown away in strong winds.

When the soil is irrigated or when it rains heavily, compost mulch may also be lost because of the compost’s tendency to float and wash away.

For information on how to keep mulch from washing away, see our in-depth post.

If you plan to use compost as mulch, you should think about locating the potted plants away from the sun and wind.

When it comes to garden plants, providing shade can assist prevent wind and sunlight from immediately striking the mulch and soil’s surface.

Can you Use Manure as Mulch?

Manure is created naturally by microbes from primarily cattle manure. Decomposition also produces compost, although this process is regulated. Two similar items are produced in the end, with their only difference being how they were made.

Manure can therefore be used as mulch and offer similar advantages to compost and other kinds of mulch.

Manure will have a lot more nutrients than compost, and the results will be visible sooner.

Here is a good solution that I have tried and tested that is reasonably priced if you need to replace your old mulch.It’s located right here!

By contrasting the plant’s foliage with a white background when used as mulch, sand improves the attractiveness of the garden.

Additionally, it stops the growth of weeds and guards the topsoil from water loss as well as insects and fungus. It can also be applied as an amendment to improve the aeration and drainage of the soil.

Sand has a texture that is gritty and filled with air pockets. It is sufficient for water to easily move through because to this quality.

Sand is a fantastic mulching material that is advised due to its advantages.

Sand can be used as mulch for a variety of reasons, including:

Compost can be used as mulch since it is inexpensive, simple to harvest and spread, rich in plant nutrients, and doesn’t need to be tilled or blended into the soil. Compost is also a great way to manage weeds in flower beds, garden beds, and other areas that require mulching.

Moving compost requires time and is laborious. Creating appropriate beds for mulch has many advantages. As a mulch for soil amendment, paper and pulp sludge and ash compost can be employed. It contributes to lessening the load on landfills.

But if compost is handled improperly, it could be dangerous. Overheating is just one example. Most compost is dark in color. It is warm in the summer and allows heat penetration. To get the best results, use caution while applying compost as mulch.

Is compost the same as mulch?

What is the best mulch for compost?

Mulches can be made from shredded leaves, bark chips (fine or coarse), pine needles, grass clippings (not too deep, since this would cause anaerobic growth), and straw. In comparison to coarse mulches, which take a while to degrade, fine mulches will disintegrate faster into organic matter.

What is the most effective mulch?

Peeled bark originates from several places, including cedar trees. One of the greatest mulch types for slopes is shredded bark since it decomposes rather slowly. In addition, some shredded bark mulches are regarded as environmentally benign because they are waste materials from other businesses.

Can you use compost as mulch in a vegetable garden?

Compost. Compost functions in the same manner as any other kind of mulch, improving soil texture, tilth, and nutrients that seep right into the ground. For the best mulch for your vegetable garden, use a lot of it from your compost bin (or pile).

The greatest mulch for organic gardeners is indeed compost. You can get fantastic results by mulching perennial beds with compost. Plants develop more quickly under compost mulch, and disease and pest damage is reduced.