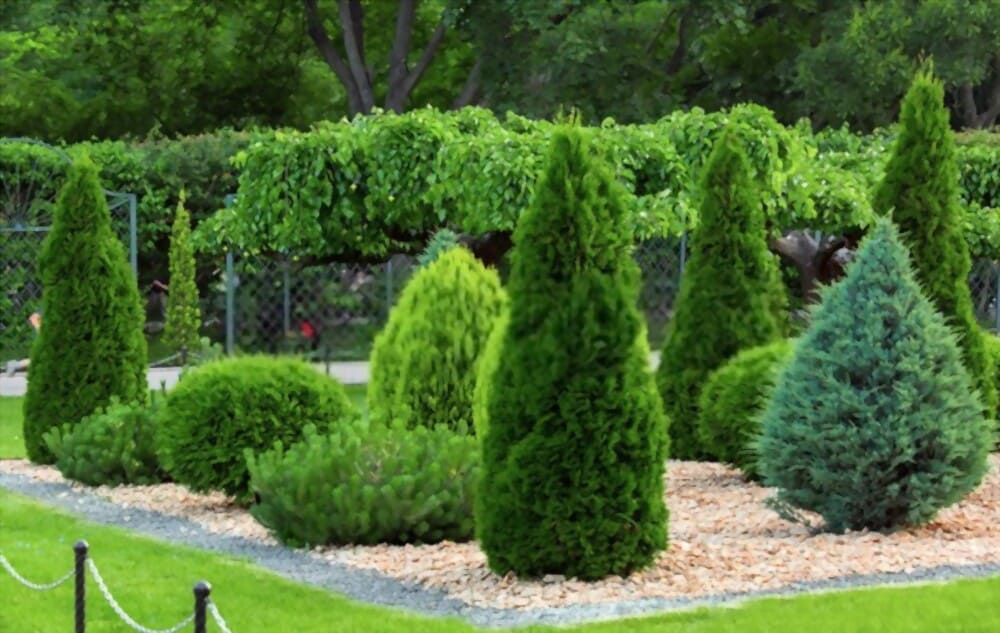 Regardless of whether they are landscaped or grown in pots, plants can benefit from using gravel as mulch. Additionally, gravel or stone can add value to a property while giving plants a more contemporary appearance.

Gravel can be used as mulch to stop soil erosion, moisture loss, and the growth of unwelcome weeds close to plants. Gravel should be spread at a depth of 1 to 2 inches, 2â€ from the plant’s base. Rocks and gravel won’t settle naturally over time, so don’t pack them down.

We will discuss the benefits and drawbacks of utilizing gravel as mulch in this post, as well as what to anticipate.

Use this mulch barrier from Amazon, which is dependable and leaves a neat finish, when mulching. You can access it by visiting this link.

The Benefits of Using Gravel as Mulch:

Gravel mulch keeps the soil moist, suppresses weeds, provides planting beds a finished appearance, and because it is fireproof, it is used as a band around buildings.

One of the abiotic processes that leads to barren land is the loss of moisture from the soil.

The loss of water in soil is caused by the presence of weeds.

It remains intact in heavy rain or any other harsh weather, and it offers the regions where it is utilized a lovely appearance.

In comparison to synthetic and barren soil, the mulch made of inorganic gravel can better conserve the soil’s water.

Additionally, by lessening the frequency of plant irrigation, it can benefit gardeners.

By lessening soil compaction, which inhibits plant growth and development by harming the roots of crops, the material used in mulching acts as a protector of soil from wind and water erosion.

Additionally, by covering the soil’s surface, gravel mulch helps to preserve the soil’s temperature, which is crucial for the better growth of crops.

There are many excellent options for mulching with gravel and rocks, but I’ve found that these polished white rocks from Amazon are really affordable and bring a touch of modernity to any plant or garden.Clicking here will take you there.

Around the structures, they are also employed:

The depth of the mulch depends on the mulching substrate, and it is as follows for different types of gravel:

Remember that the goal is to completely cover the area so that the landscape fabric cannot be seen through the gravel gaps.

To determine the total cubic yards of material to order, divide the total square footage by one of the parameters.

Types of Mulching Gravel or Rocks:

Popular inorganic mulch kinds include gravel and rock. Landscapers employ a variety of them to maintain crops and stop soil erosion, however they vary in size and features.

Also, the rocks do not enrich the soil with nutrients. All mulches shield plants from a variety of threats, but the sharp edges of rock mulch can hurt delicate bark.

For landscaping purposes, gravel mulch is a substance that is utilized in flower beds, walkways, and driveways.

Additionally, crushed gravel is a sort of gravel mulch that is frequently used for driveways and pathways.

Mulching with gravel can help stop soil erosion and provide a stable surface for walking and driving on.

Additionally affordable and simple to utilize, crushed gravel can be used for driveways.

The time of year during which gravel mulch is placed depends on its intended usage, which is at the start of the growing season.

As the season progresses, gravel mulch can also function as an insulator. The temperature and moisture of the soil are greatly stabilized by gravel, which also inhibits the germination of weed seeds.

When applied properly, gravel mulch is a very effective and beneficial treatment for many plants, but there are some undesirable side effects, such as soil compaction, that should be taken into consideration.

Sand is a suitable alternative to other mulching materials, and its use as mulch has certain additional pest-control advantages.

Without much interaction, this mulch lock from Amazon keeps mulch in place for a long time.

Disadvantages of Using Gravel as Mulch:

When a soil is stressed, air is forced out of the pores in between the soil grains, which results in densification and soil compaction.

The weight and density of gravel mulch puts stress on the soil, preventing it from absorbing moisture and causing runoff and erosion.

Since the soil voids are essential for root development. Gravel that compacts the mineral grains together offers limited space for water and air, which makes it harder for the roots to develop.

Burrowing creatures also find the habitat inhospitable because it is more challenging to pierce the heavier soil.

Other Disadvantages to Consider

A solid foundation for driving and walking is created by gravel mulch, which can stop soil erosion.

Driveways may readily employ crushed gravel, which is very inexpensive.

Depending on its intended usage, or at the start of the growing season, gravel mulch is placed at different times of the year.

With the passing of each season, gravel mulch can also serve as an insulator. Gravel significantly reduces weed development from seeds and stabilizes soil moisture and temperature.

Gravel mulch is a very effective and beneficial treatment for many plants when used properly, but there are certain adverse effects, such as soil compaction, that should be taken into consideration.

Sand is a suitable alternative for mulching, and its use as mulch has some additional advantages for pest control.