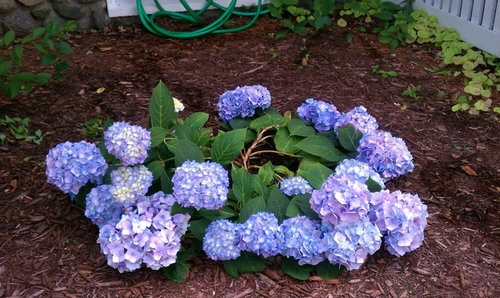 Your hydrangea is drooping either because the soil is too dry, it is exposed to too much sun, or there is too much nitrogen fertilizer in the soil. Hydrangeas like dappled light, regularly moist soil and delayed release fertilizer to minimize drooping appearance and keep healthy.

Continue reading to find out the causes of your hydrangea’s withering and how to apply the remedies to aid in its recovery.

Most Common Reasons for Hydrangea Drooping

Because they need constant moisture (but not saturation), hydrangeas usually droop in dry soil. However, the lack of soil moisture can be caused by a number of other factors, including:

However, hydrangeas must have shelter in hot climes, especially from the harsh midday heat, or plants may wilt.

Save a Drooping Hydrangea

The best conditions for hydrangeas to keep hydrated come from good soil preparation before planting, which includes using plenty of compost, leaf mould, or well-rotted manure to increase the soil’s ability to retain moisture before planting.

The best course of action, however, is to soak the surrounding soil with a hose for at least 10 minutes if your hydrangea is established and withering, and then cover the soil with a 1 inch layer of mulch.

The plant should recover in a day or two with a good soak and liberal amount of mulch applied around it.

Hydrangeas prefer partial shade with some diffused light throughout the day because they naturally grow beneath the shade of trees.

Your hydrangea’s roots may be contending with the roots of nearby shallow-rooted species, such pine trees, for moisture.

As a remedy, you can either transplant the hydrangea or mulch it twice a year (in the spring and the fall). You can also give your hydrangea a nice soak once a week to keep it from withering.

(Read my post to find out how to cultivate hydrangeas under pine trees successfully.)

It’s crucial to place your plant in some shade or to provide the hydrangea shade after planting because they tend to wilt in broad light.

For the best combination of enough sun to stimulate flowers but not too much sun that the hydrangea is at risk of wilting, place your hydrangea in an area with morning sun followed by afternoon shade or beneath a tree for dappled light throughout the day.

To stop your hydrangea from drooping and to create better flowering circumstances, think about putting some tall trees or bushes around it to offer protection from wind, cold, and harsh light.

Too Much Fertilizer (Leaves and Flowers Drooping)

Since hydrangeas don’t always eat a lot, applying fertilizer too regularly or in too high a concentration might make the plant droop from too much nitrogen.

Nitrogen encourages the growth of lush, green foliage, which weakens and sags the hydrangea’s stems, which support the plant’s enormous flower and all of its leaves, causing it to droop.

In well-prepared, nutrient-rich soil (like loam), established hydrangea frequently may not need further fertilizer to develop and flower, and additional fertilizer might actually hurt the plant.

However, if your hydrangea is placed in a container and consequently has limited access to nutrients or perhaps the soil is nutrient deficient, some fertilizer applications can enhance its beauty. In that instance, a slow-release, well-balanced granular fertilizer is suitable.

Scaling back fertilizer use is the only option once too much fertilizer has been used and the hydrangea has developed thick foliage that appears to be drooping. After a few weeks, the plant should start to show signs of recovery.

(For remedies that actually work, read my post Why is my hydrangea not blooming if your hydrangeas are not in bloom.)

The fact that the hydrangea is put in a very tiny pot or container is the most frequent reason for potted hydrangeas to wilt.

The hydrangea’s roots cannot pull as much moisture from the soil in a smaller pot or container, which quickly results in drooping leaves and a dead hydrangea.

A smaller pot may heat up rather fast if the hydrangea is in direct sunlight and may need to be watered frequently throughout the Summer.

The answer is to relocate the pot to a spot with some shade. The greatest mix for encouraging flowers is typically morning sun followed by afternoon shade.

To ensure that there is adequate soil and nutrients, it is ideal to put the hydrangea in a container that is at least 12 to 16 inches across.

As the hydrangea does not have to deal with the severe heat during summer when its roots are forming, spring or fall are typically the best times of year to repot hydrangeas.

The plant should recover from its wilted appearance if you frequently soak the potted hydrangea with enough water so it trickles from the base.

If the hydrangea is still withering, you should water it more frequently (up to once every three days) during the summer and choose a shaded site rather than a sunny one.

Due to transplant shock, which results from a contrast between the growing circumstances in the garden center or nursery where the hydrangea was originally cultivated and the particular conditions in your garden, hydrangeas frequently wilt after planting.

The hydrangea is susceptible to drooping during this period as it loses more water through transpiration from the leaves than the roots can absorb from the fresh soil. The roots of your hydrangeas can take some time to establish to the soil.

How to Save Newly Planted Hydrangea from Wilting 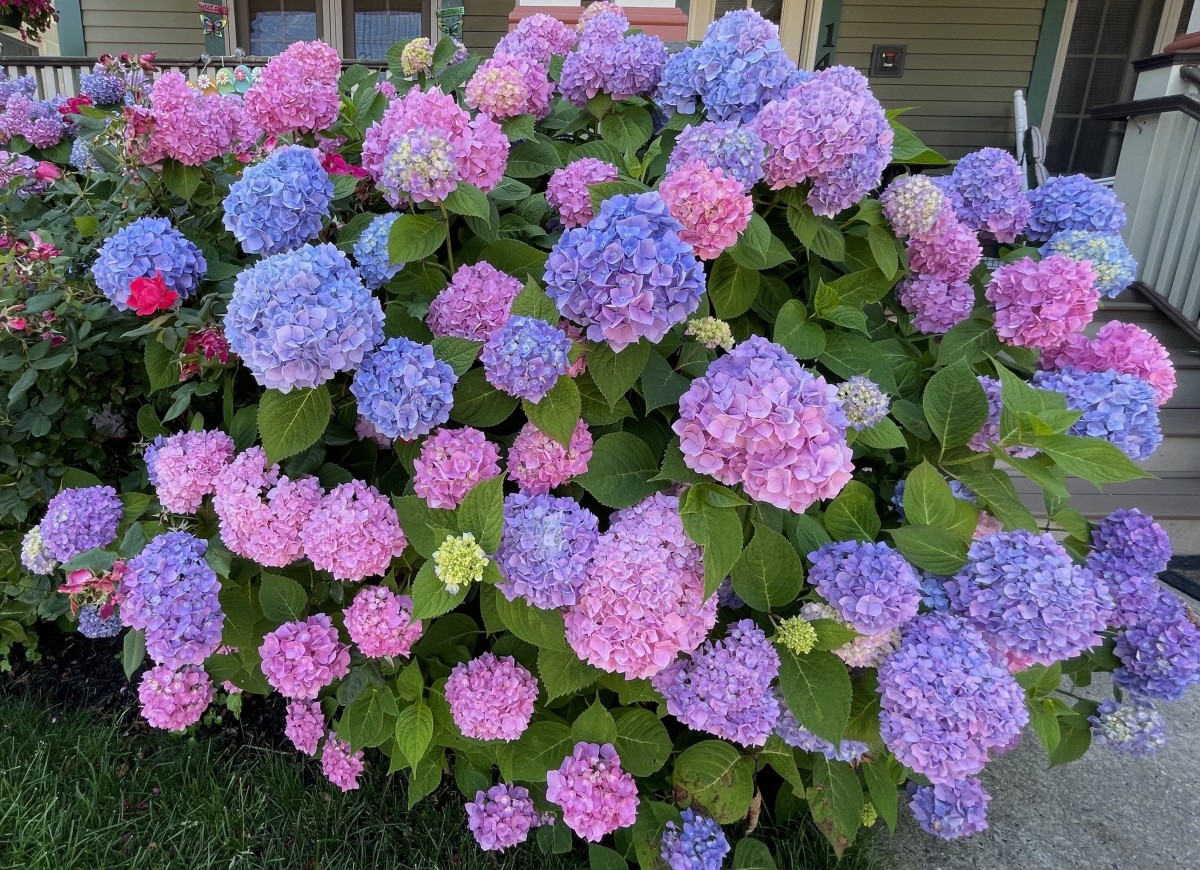 It’s crucial to shield newly planted hydrangeas from harsh sunlight for them to thrive.

At this time of planting, some sunlight is helpful for promoting blossoms, but it is likely to make the soil and leaves dry up and droop.

For around three weeks, provide temporary shade for newly planted hydrangeas as they establish themselves.

The hydrangea may have been cultivated under extremely particular conditions in a temperature-controlled greenhouse, so it may take some time for it to become used to the garden soil and stop drooping leaves.

To keep the soil moist and protect it from direct sunshine, always give the soil a good soak and apply mulch to the top of the soil around the hydrangea.

Water as often as necessary—typically three times a week—to keep the soil moist, but watch out that the soil doesn’t get soggy since this could lead to other issues like root rot.

As long as the soil is moist and you have shielded the plant from the sun, depending on how dehydrated your hydrangea is, the leaves may recover in the cooler evening or it may take a few days.