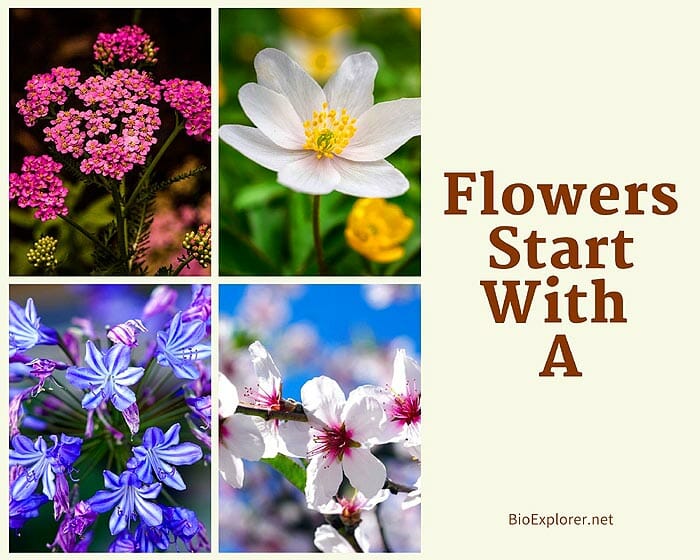 Flowers That Start With A

One of the flowering plants that grows everywhere is the acacia. It comes from tropical and subtropical regions, mainly Africa and Australia, and is a member of the Fabaceae family.

This flower is renowned for its advantages and beauty. Australians refer to Acacia as wattle.

There are five genera that include the lovely Acacia flower: Acacia, Acaciella, Senegalia, Mariosousa, and Vachellia.

Acacia Flower for sale on Amazon

Another flower with an A in its name is the African lily. Every year, from Swellendam to the Cape Peninsula, the African Lily blooms from September to December on rocky sandstone hillsides.

This is a beautiful flowering plant that bears striking clusters of vibrant hues. The African Lily is often referred to as the Lily of the Nile or the Flower of Love.

Another lovely flower that starts with the letter A is alstroemeria. It is frequently grown for commercial purposes and is also referred to as Peruvian lily. Alstroemeria is a perennial, and the flower spikes that bloom range in height from 12 to 24 inches. This plant is simple to grow in containers.

Red, orange, and cream are just a few of the appealing colors that alstroemeria may be found in.

Aconitum is the name of the aconite plant. Wolf’s Bane is a flowering plant with more than 300 different varieties of flowers.

As a member of the Ranunculaceae family, aconitum. The northern hemisphere’s cooler regions are where this plant species first appeared. Aconitum’s blooming season typically lasts from September through November.

The deadly flower aconite stands for misanthropy, caution, and death.

Ageratum is a flowering plant from the Asteraceae family. This plant is from Central America, the United States, and Mexico. The flowers can grow up to 30 inches tall and resemble little hills or tussocks.

The ageratum plant is often referred to as the floss flower. These plants, starting with A, yield some of the fluffiest and softest flowers. Typically, these blossoms are bicolored and pink.

The plant family that includes chives, garlic, and onion includes allium. The Amaryllidaceae family has more than 800 species of this plant. Originally from the northern hemisphere, allium is now widespread throughout the world.

These flowers come in a variety of hues, forms, and sizes. If you want to plant Allium, their blooming months are June and July.

The Rosaceae family includes the perennial flowering plant known as alchemilla. It is often referred to as a lady’s mantle. Various regions of Asia, Europe, and America are home to this perennial herb.

The plant blooms from the beginning of summer through the end of the season, producing yellow-green flowers.

Alchemilla is consumed as food as well as used as a herb. It frequently serves as a wound healer.

Anthurium is known by the botanical name Anthuriumandraeanum. It begins with the letter A and is a special flower. Due of their distinctive shape and color, these blooms are particularly well-liked by those who enjoy flowers.

A perennial plant with year-round blossoms is an anthurium. The red, small, heart-shaped blooms in your yard enhance its appeal.

The amaryllis plant, usually referred to as the belladonna lily or the naked lily, has several other names. This plant belongs to the Amaryllidinae subtribe and is South African in origin. It is one among the most exquisite flowers whose first letter is A.

These lovely funnel-shaped flowers can be found in red or white. Amaryllis bloom between the months of March and October.

One of the most lovely flowers that begin with A is the alyssum, sometimes known as sweet alyssum. The perennial herbaceous plant type is indigenous to the Mediterranean region, Northern Africa, and Asia.

Pink, white, and purple are the colors of these adorable little flowers. You can use it to cover your garden or landscape with a bright carpet of tiny flowers.

One of the A-letter flowers with the most vibrant colors is aster. The botanical family name for aster is asteraceae. These charming flowers include tiny tubular blossoms, a golden disk in the center, and supple purple petals all around. They have a daisy-like appearance.

The perennial plant known as aster blooms from March to September.

One of the most beautiful flowers that begins with the letter A is the agapanthus. The Lily of the Nile is the common name for this lovely flower. It is a member of the Amaryllidaceae family of flowering plants.

These flowers come in a range of hues and heights. These blooms typically have purple and blue hues. Your garden could benefit from the addition of agapanthus.

Another lovely flower with an A in its name is the anemone. It is a member of the Ranunculaceae family of buttercups. Windflowers are the common name for these flowers. More than 120 species of anemone can be found in North America, Europe, and Japan.

An anemone’s blooming season lasts from March through May. The gorgeous hues of anemone range from white to purple.

Osteospermum is the scientific name for the African daisy. The African Daisy is a member of the Asteraceae family of flowers. It is a perennial plant with blooms that appear in May through September.

Daisy bushes are another name for African daisies. These blooms are available in a variety of vivid hues, such as pink, white, purple, orange, yellow, and bicolor. One of the ornamental flowers that begins with A is the african daisy.

The summer samara originates in Mexico and Argentina and is also known as an angelonia. These plants flower from September to December.

This flowering herbaceous plant is grown in dry or semi-arid environments. It is one of the A-starting purple blooms.

Amaranthus’ exotic-looking tassels and blood-red foliage have earned it the nickname “Love Lies Bleeding” in popular culture. These flowers make wonderful pot plants and are ideal for floral displays. Amaranthus is one of the lovely flowers beginning with the letter A and is a member of the Amaranthaceae family.

From June to August, these flowers are in bloom. Astilbe is a fairly low-maintenance plant that produces gorgeous bouquets of cut flowers.

Calla lily is another name for arum lily. This plant is a member of the Araceae family. Southern Africa and Malawi are the native home of these flowers. The Arum lily’s blooming season lasts from March through May. Arum lilies are typically used to create bouquets and are frequently grown as shrubs. These flowers have a sometimes pleasant, sometimes disagreeable scent.

Armeria Maritima is also referred to as sea pink or sea thrift. This flowering plant, which begins with the letter A, is a member of the Plumbaginaceae family.

This perennial evergreen plant can be found in the Mediterranean and Europe. Armeria Maritima has a circular form and is available in red, white, and pink hues.

Anthericum is an Asparagaceae rhizomatous perennial plant that blooms from August to April. It has gorgeous white lily-like flowers and attractive grass-like leaves, which give it a cute appearance.

Anthericum comes in more than 50 different species. One of the most lovely flowers whose names begin with A is this one.

Anthericum flower can be purchased on Amazon.com.

Aster is a flowering plant in the Asteraceae family. There are over 170 species in it. This plant is simple to grow and comes in a variety of sizes.

Aster is available in a range of hues, including white, pink, blue, and violet. In most years, these blooms bloom from March through September. The Michaelmas Daisy is another name for aster.

Campanula Garganega is the botanical name for Adriatic Bellflower. This flowering plant is an annual that blooms from June to September. These lovely purple flowers begin with the letter A.

Amazingly, Adriatic Bellflower can thrive in any soil type, including alkaline soil. This flowering plant is renowned for its capacity for self-fertilization.

Azalea is a flowering shrub that is a member of the Ericaceae family and is another flower with an A in its name. While these flowers bloom in the Northern Hemisphere in April and May, they do so in the Southern Hemisphere in October and November.

Hummingbirds and other pollinators are drawn to azaleas. These flowers can be found in nature in a variety of hues and sizes.

Another flower whose name begins with A is anise hyssop. Agastachefoeniculum is the flower’s botanical name. The family of mint includes this flowering plant.

Abutilon is essentially a summer-blooming shrub. The hue of the flower that this plant produces varies. There are white, blue, orange, and purple abutilon flowers.

These flowers feature hairy leaves and a saucer-like shape. Abutilon can reach a height of 15 feet.

Pink flowers that start with a 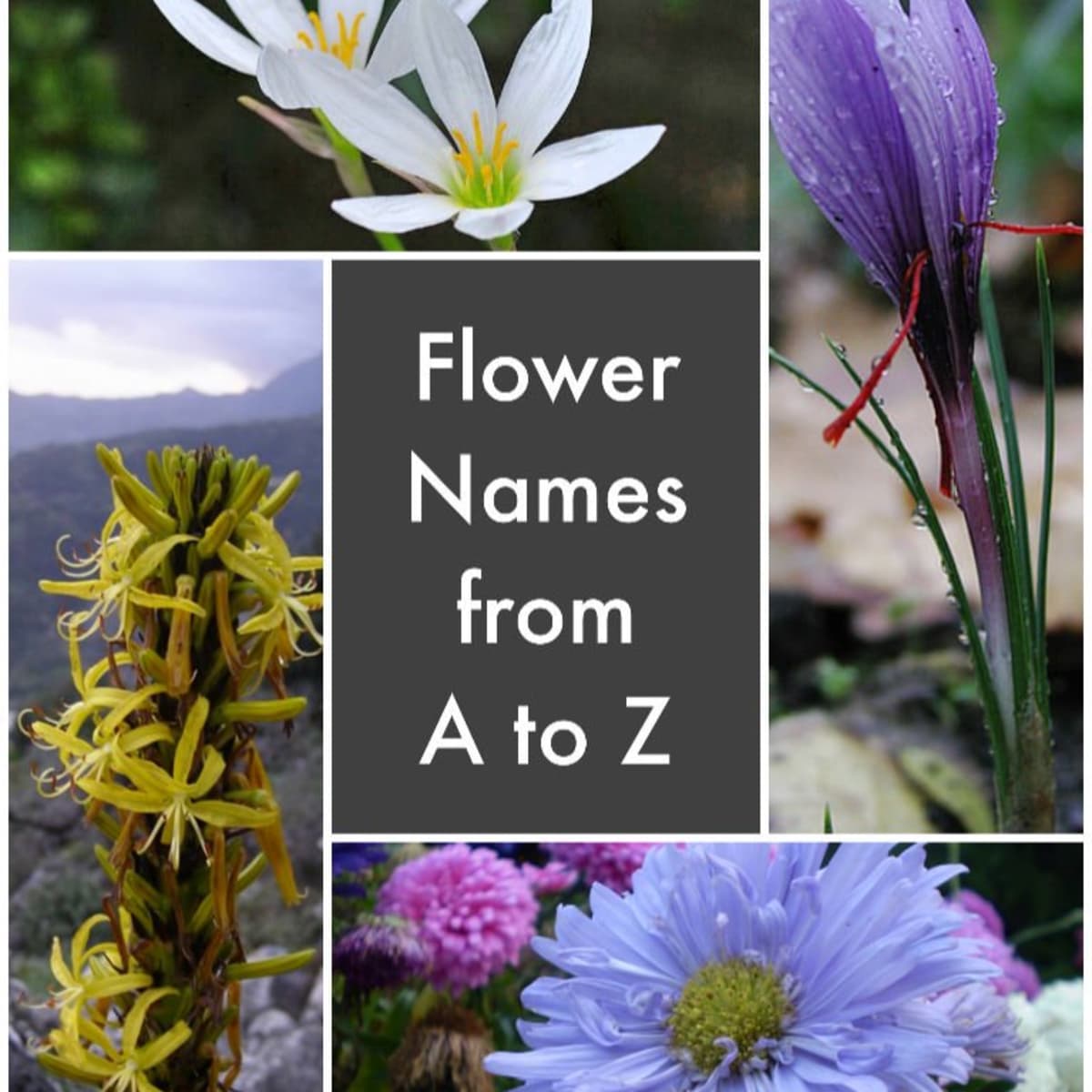 White flowers that start with a

Few white flowers have names that begin with an a, such as Alyssum, Anemone, African Daisy, and Anthericum. The majority of them have small, white flowers, while some also have distinct varieties with yellow and white petals that grow on the same plant.These plants are adaptable to various climatic conditions and simple for beginners to grow.

Perennial flowers that start with A

Hope you now understand the solution to “Flowers That Start With A”; if you’d want to read more of these types of articles, click the link below.