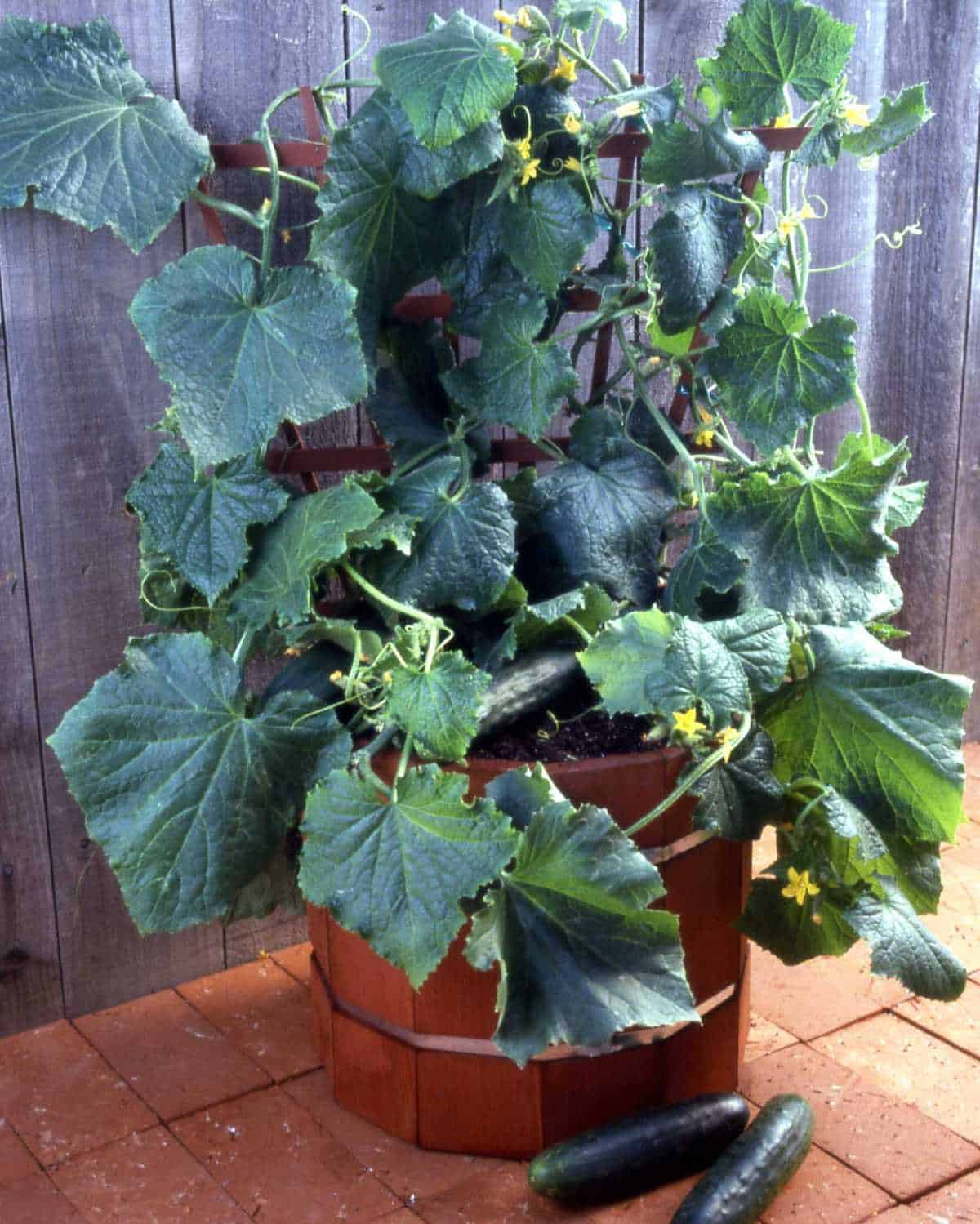 You want to produce cucumbers, but you don’t want to deal with the hassle of building a trellis and maintaining long, untidy vines.

You’re in luck because you’re about to learn about the power of bush cucumbers.

How do bush cucumbers work? Smaller versions of its larger vining relatives, bush cucumbers are vine cucumbers. They grow just as much fruit as larger cucumber plants, take up much less space, and frequently don’t require a trellis. Over a dozen tried-and-true types already exist, and more are bred every year.

Find out everything you need to know about these bush cucumber alternatives that take up less room by reading on!

Bush cucumbers are independent plants that develop, blossom, and bear fruit. Since vining cucumbers aren’t bushy, they require a trellis or other support structure.

Bush cucumbers thrive in containers or the garden because of this, and vines thrive in the garden since there is more room for their trellis.

Apart from this significant distinction, bush and vining cucumbers are very similar: both yield fruits that range in length from 6 to 12 inches, grow all year long, and are suitable for canning, slicing, and eating raw.

What Are Bush Cucumbers Good For?

Bush cucumber fruits are suitable for all the same uses as regular-sized cucumbers, including slicing, canning, eating raw, shredding, and gathering seeds.

There are more than a dozen species of bush cucumbers, ranging in size from 2-foot long climbing vines on big bushes to 12-inch tall miniature bushes that yield just as many fruits as their much larger counterparts.

Each year, a large number of brand-new hybrid kinds appear in gardens and containers all around the world.

Cucumber plants of the Spacemaster kind are tiny bushes, making them perfect for hanging baskets and small gardening areas.

These bushes provide uniform fruit that is 8 inches long and has a mild flavor.

Due to its capacity to yield fruits between 8 and 12 inches long, the Bush Champion cucumber is one of the most well-liked dwarf types.

The best thing about them is that, unlike other cucumber species that yield such enormous fruits, they don’t require a trellis.

Another little cucumber plant with enormous yield potential is the Salad Bush type.

Although their fruits are rarely longer than 7 or 8 inches, they are among the bush cucumber varieties that are most resistant to disease and pests.

One of the biggest bush cucumber kinds is the Burpless Bush-type cucumber plant.

This little cucumber variety, unlike the majority of the others, needs a short trellis or other structure to support its 18 to 24-inch vines.

Fruits of the burpless Bush cucumber typically measure 6 to 8 inches.

Can You Eat Bush Cucumbers?

Bush cucumbers are excellent for slicing, pickling, or eating raw because they are just as palatable as “normal” types.

The size of the plants is the fundamental distinction between bush and conventional cucumbers.

Bush cucumbers and common garden cucumbers both produce similar fruits: 7 to 8 inches, plus or minus a couple of millimeters.

How Tall Do Bush Cucumbers Grow?

Bush cucumbers, which can reach heights of 1 to 2 feet, are essentially bushy dwarf cucumber cultivars. Some bush cucumbers have short (18 to 24 inch) side or trellis-growing vines.

They are ideal for tiny gardens and containers because to their size.

The majority of bush cucumbers don’t require climbing and grow like little bushes.

Some bush-variety cucumbers, like the Burpless Bush Cucumber plant, do, however, climb, and they seem to like it.

Therefore, if you intend to produce a variety of bush cucumbers, it would be a good idea to invest in a little 2- to 3-foot tall trellis.

Do I Need a Trellis for Bush Cucumbers? 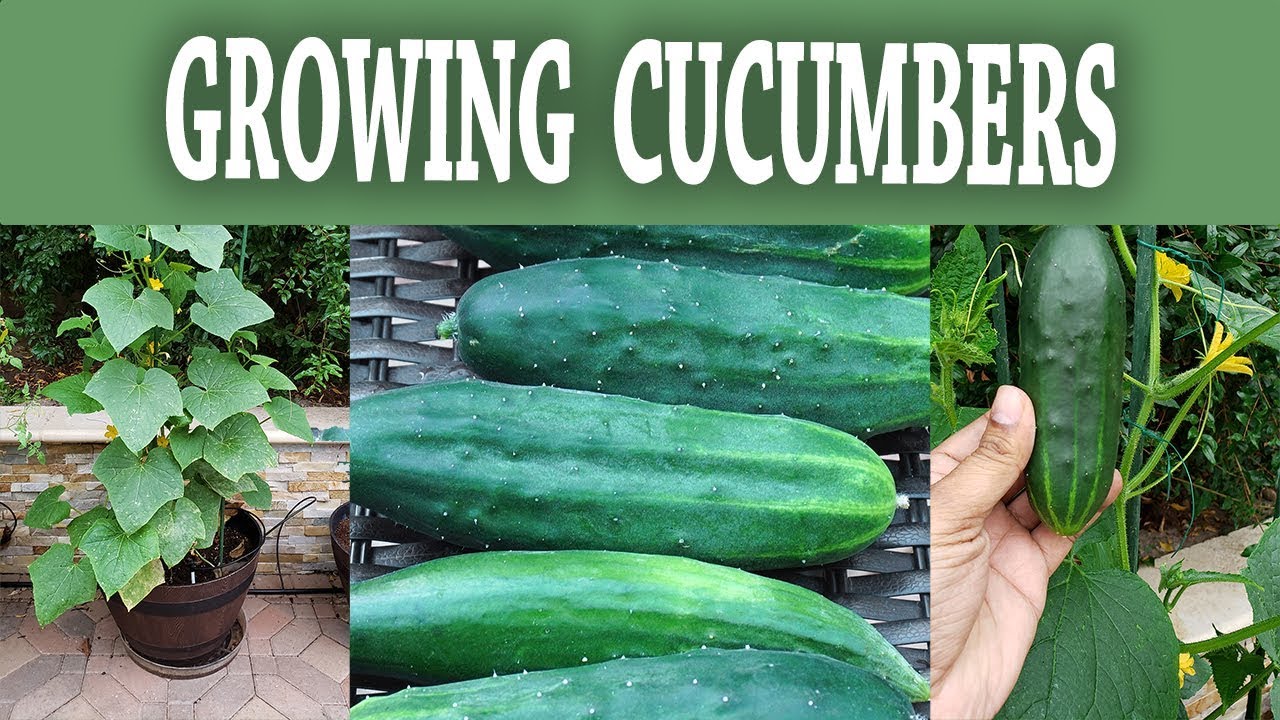 This is due to the fact that they can produce vines up to 2 feet long, whereas other bush cucumber cultivars can’t.

Bush cucumbers are typically determinate. In other words, they can develop, produce fully ripe fruit, and keep on blooming and bearing fruit throughout the entire gardening season.

They are hence ideal for growing in small locations like balconies, greenhouses, and containers.

How Many Cucumbers Does a Bush Plant Produce?

In just 2 to 3 weeks, bush cucumbers can produce anywhere from 10 to 20 fruits.

They may even repeat this procedure numerous times throughout the growing season due to their determinate nature, giving you dozens of fruit before they stop producing for the year.

In fact, bush cucumbers self-pollinate. Since cucumber plants produce both male and female reproductive organs, just one plant is required for effective pollination to take place.

If you have numerous plants, removing the male flowers will help avoid a bitter flavor.

It doesn’t have to be like looking for a needle in a haystack or like you’re on a wild goose chase to buy your first bush cucumber seeds.

Online ordering is a great alternative if your neighborhood co-op or gardening store is out of stock, doesn’t carry them, or you simply don’t have the time to go looking for them.

How To Grow Bush Cucumbers

Cultivating bush cucumbers is more enjoyable, gratifying, and simple than growing plants of the typical size. We go through everything you should know before planting your own miniature cucumber bushes down below:

The care of bush cucumbers is similar to that of regular-sized cucumbers. In reality, taking care of them is lot simpler due to their relatively smaller size.

The normal bush cucumber plant needs watering every two to three days throughout the hottest periods of the growth season if it is grown in well-draining soil with organic content, as it should be.

Apply a mild all-purpose gardening fertilizer to the plants after they start blooming for the year. Excellent Espoma Garden-tone!

All you need to do is keep an eye out for problems and address them directly if and when they arise, in addition to making sure they are well-watered and fertilized (such as pests or soil-borne diseases).

When To Pick Bush Cucumbers

The majority of bush cucumbers are ready for harvesting when they are 6 to 8 inches long, a deep green color, and firm to the touch.

Normally, that occurs between two and two and a half months following planting.

It is possible to let some types grow on the vine until they slightly enlarge (up to 10 or 12 inches).

In any case, because bush cucumbers are sweet rather than bitter, most gardeners prefer to pluck them as soon as possible (like older more mature fruits).

When growing bush cucumbers in pots, the ideal container materials are made of plastic or ceramic.

Choosing a container for your bush cucumbers doesn’t need to be exact in terms of size, but it should be at least 10 to 14 inches deep to allow for the root systems of the plants.

While some gardeners like 18- to 24-inch pots, others prefer rectangular window boxes or planters for their dwarf cucumbers.

The planters for windowsills and balconies only hold two or three plants, whereas these larger circular pots normally have room for about five.

How do you take care of a bush cucumber?

For optimal results, wait to plant Bush Champion Cucumber until a few weeks after your last spring frost and when daytime temps reach 70 degrees. Warm, fertile soil that has been improved with organic materials like compost is what cucumbers prefer.

Should I trellis bush cucumbers?

Ladder the cucumbers up Cucumbers grown on trellises are less prone to disease and are simpler to pluck. Instead of being spread out across the ground, cucumbers grow best when they can climb. The vines will climb the buildings by grabbing hold of fences, strings, wire trellises, or high cages with their tendrils.

Can cucumbers be grown vertically? Yes, you can! They enjoy climbing (even the bush variety have some vine-like characteristics), so provide a trellis, tomato cage, or pea netting for them to scale. In addition, keeping cucumbers above the ground helps them maintain their cleanliness and produce healthier shapes.

How do you support a bush cucumber plant?

Do bush cucumbers need a trellis?

Bush types are small and don’t need a trellis to support them. They are perfect for growing in raised beds or containers. Although vining cucumbers require more area than bush cultivars, they yield more fruit. Although some gardeners let cucumber vines grow out on the ground, such approach encourages illness. 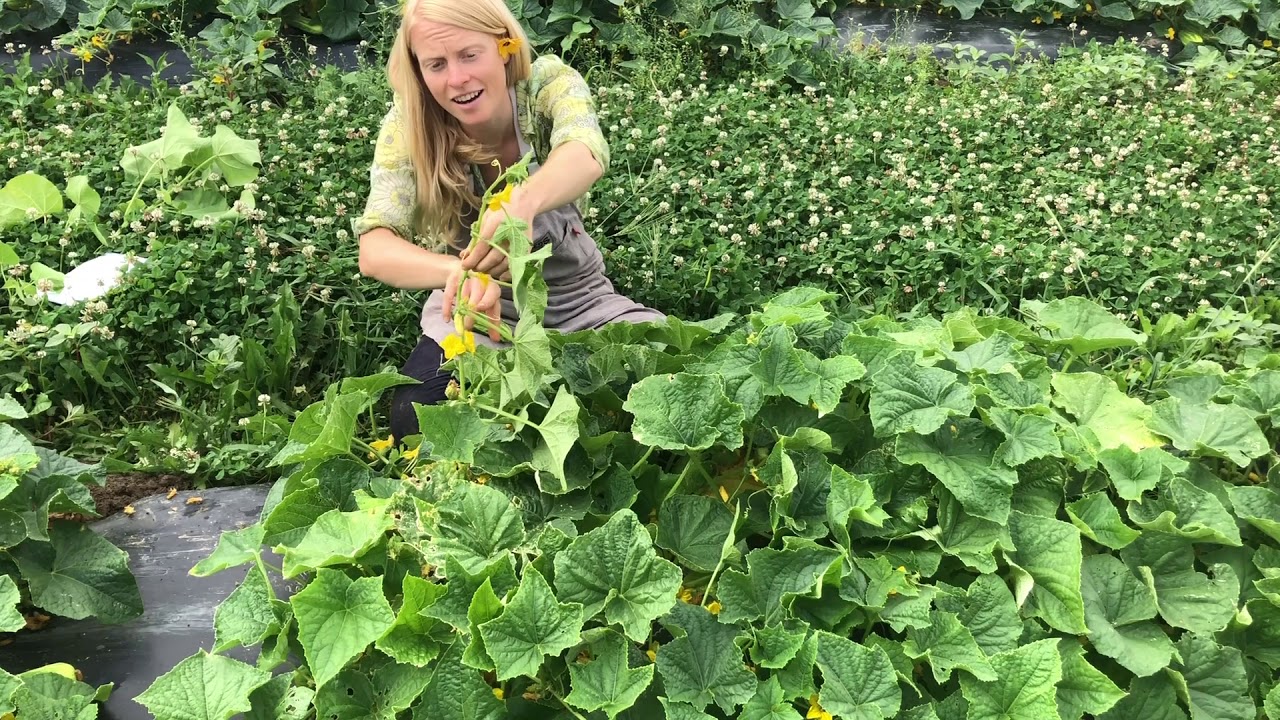 Additionally, they require a lot less room (and work) than the common garden cucumber kinds.

Bush cucumbers can actually be grown indoors, outdoors, on balconies, on windowsills, and in tiny gardens as well as in pots.

In case you were wondering, they are also a great choice for hydroponic growth!