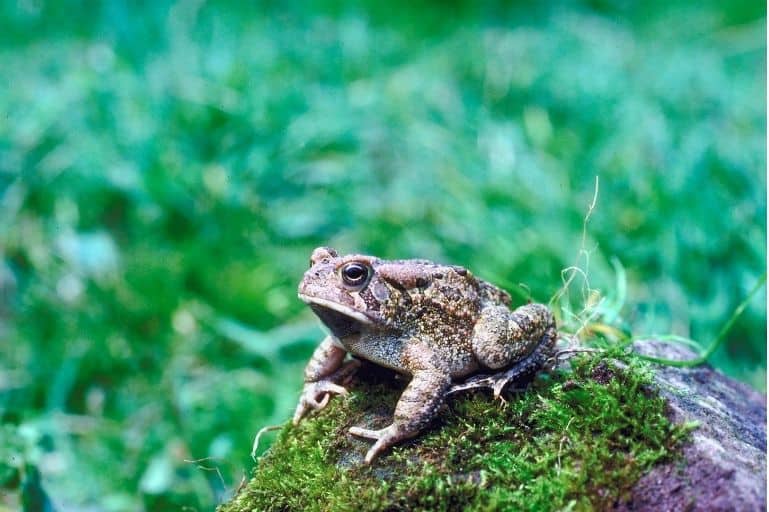 Toxins in particular can have a negative impact on the health of fish in a fish tank. Frogs and other invasive animals can spread dangerous biological toxins that can instantly wipe out your entire fish population.

Frogs can kill fish if they are in the same area. When under stress, frogs—mostly toads—secrete a deadly compound called bufotoxin, which is intended to render the toad unpleasant to potential predators. Many small creatures, including fish, are at risk from this poison, which has the potential to wipe out an entire fish population.

Water is necessary for American toads and many other frog species to spawn, stay hydrated, and cool off on hot days. They frequently conceal for the most of the day before emerging at night in areas with dense foliage.

Since their primary source of food, insects, are most active at this time, it is also when they are most active. Bugs, spiders, worms, slugs, larvae, and even small fish are among these insects. They are an essential component of the environment because they keep other bothersome insects at away.

What Attracts Frogs to fish Tanks?

From a distance, frogs can hear and feel the sound of trickling water, and they immediately move toward it. Frogs breed in the water, which serves as their habitat. Since other frogs will be drawn to the same thing, this is the ideal location to find a partner.

If the environment permits, frogs can leap, crawl, and climb their way into ponds and fish tanks. If the frog manages to sneak inside, it’s a win for them, but it’s not so good for the aquatic creatures dwelling in the pond or fish tank.

The frog may have a field day with smaller fish once it is inside the aquarium or pond and will devour any fish as soon as it is tiny enough for its mouth to accommodate it. Tetras, guppies, koi, and goldfish are examples of smaller fish. It is extremely improbable that the fish will try to consume the frog, even if it is smaller than the fish.

How can a Frog Kill All the Fishes in a Tank? 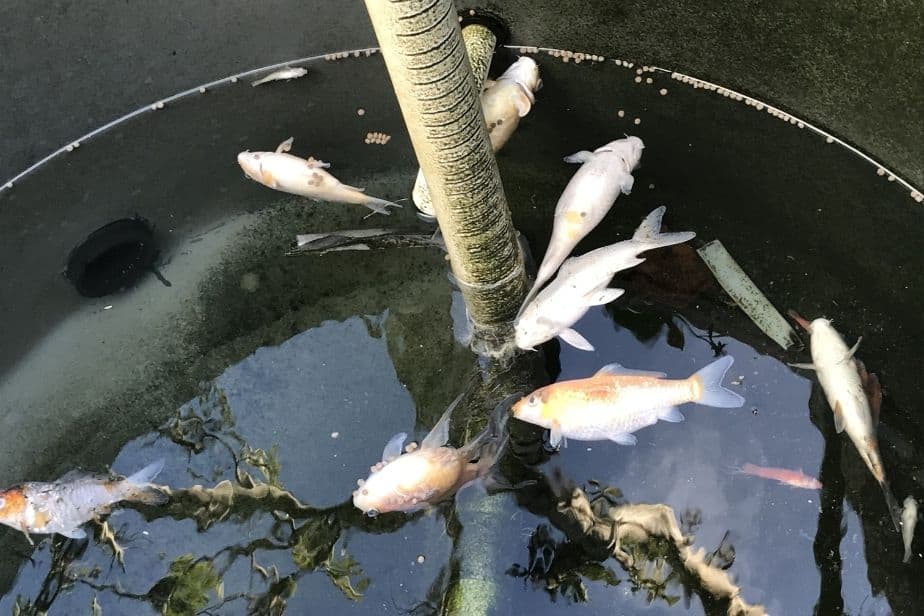 The frog will find it challenging, if not impossible, to enter the fish tank, and it will be far more challenging to exit.

The frog might remain for a while before making an attempt to flee. Now, this could result in a far bigger issue. The frog will grow stressed out fast if it learns it cannot get away.

Toxins known as bufotoxin are released by stressed frogs, primarily toads. bornes the species’ name. Stress causes the toad to discharge the toxin onto its back, where it enters the water stream.

These bufotoxins are lethal to fish and can instantly wipe out the whole fish population after being released. With a stressed frog in the same setting, the fish will not have a chance.

How To Prevent Frogs from Entering My Fish Tank?

Having suitable obstacles that physically prohibit frogs from leaping into the water is an easy approach to stop them from getting into your fish tank.

Just make sure the barriers are high enough to keep them from entering the pond or fish tank. Since it doesn’t damage fish or frogs, this is the best preventative strategy.

Spraying repellents around the pond or fish tank is another method of management. Frogs can be successfully repelled without being killed using repellents such salt water and vinegar. These organic control techniques irritate frogs and are therefore ineffective.

Frogs can also be eliminated using chemicals, however this is not advised because frogs are vital to the environment.

An image of the fish in my aquaponic system that was taken a year ago is shown here. I kept guppies, tropical fish, and 30 koi, all of which were growing quite well. Regularly, I fed and checked on them, but one morning I found that every fish had died.

It was an actual frog! He made the decision to dive inside my biofilter. Because he was unable to flee, stress hormones were released into the water through his skin pores.

The fish in my tank died because the chemical was harmful to them. It was necessary to shut down, clean, and restart the complete system. A straightforward barrier, such as salt water or vinegar, may have prevented the disaster, which cost thousands of dollars.

A frog can harm fish in an aquaponics system or any other fish system, according to my results after much investigation.

– Construct a physical barrier. … In particular, contaminants in fish tank water might have an adverse effect on the health of fish. Other invasive species, like as frogs, can spread lethal biological compounds that can quickly wipe out your entire fish population.

How do I get rid of frogs in my fish pond?

When frogs and fish are in close proximity, fish can be killed. When under stress, frogs—mostly toads—secrete a deadly compound called bufotoxin, which is intended to make the toad unpleasant to potential predators. A whole population of fish can be wiped out by this poison, which is harmful to many other small animals like fish.

Are frogs beneficial to a pond?

Water is necessary for breeding, staying hydrated, and cooling off on hot days for many frog species, including American toads. The majority of the day is spent hiding, and at night they come out. They are frequently seen in areas of dense foliage.

How do you get rid of a frog infestation?

They are most active at this time since it is when their primary food source—insects—is most plentiful. These insects include many types of bugs, spiders, worms, slugs, larvae, and even tiny fish. They serve as a crucial component of the ecology by keeping other bothersome insects at bay, therefore for this reason they are very important.

How do I stop frogs from croaking in my pond?

From a distance, frogs can detect and hear the sound of trickling water and would immediately swim there. For frogs to reproduce, water is a must. The fact that other frogs will be drawn to this attraction makes this the ideal location to locate a partner.

Are frogs good for fish ponds?

If the environment permits, frogs can leap into fish tanks and ponds or crawl, climb, and jump into them. If they manage to do so, the frog will triumph, but the fish tank or pond’s resident aquatic creatures won’t be too happy about it.