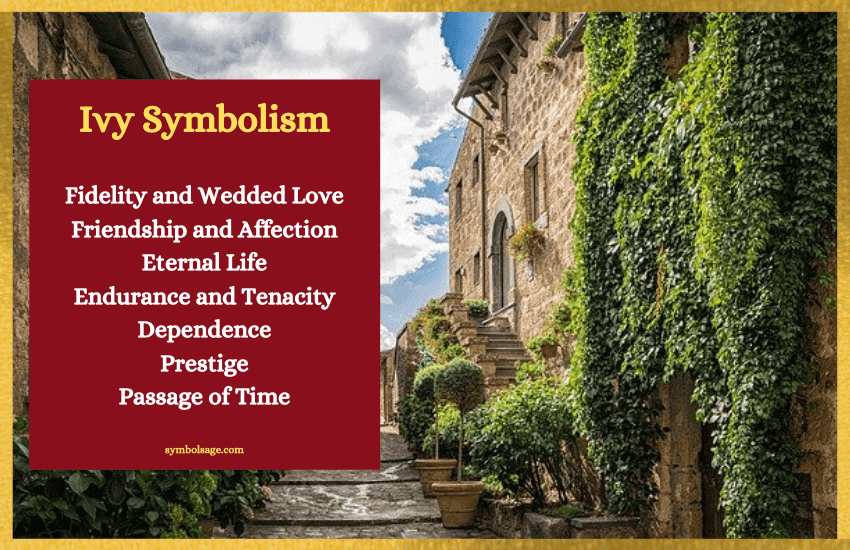 If you have been wondering what ivy represents, let me tell you that it is a strong, active houseplant that may be utilized to cover walls, fences, railings, and even a hanging basket in addition to ground. It was cultivated both indoors and outdoors and has a very lovely appearance.

Ivy represents constancy, eternity, faith, fidelity, and devotion. The name “ivy plant” also stands for dedicated connection, dedication, and affection for a partner, friend, or other loved one. Ivy plants may grow in a variety of environmental environments thanks to their sturdy inner core. Ivy is a perennial plant that frequently appears to be evergreen, therefore it is also connected to eternal life, immortality, and continuation.

In the same way that ivy attempts to climb using the stems, branches, and vines of a growing tree, it keeps growing vines until it reaches the sunlight. It also symbolizes attachment or the sensation of being attached, dependency on someone you know.

The significance of an ivy leaf is connected to nature because of its distinctive green hue and how it clings to the outside world by scaling buildings, staircases, and other obstructions. Its metaphorical significance is comparable to how once something grabs onto it, it won’t let go till it totally dries out or turns evergreen, always like climbing and pushing onward.

The significance of the ivy blossom is close attachment, marriage, and friendship. Ivy is a perennial plant that grows year after year and represents eternal life because of its clean green hue. Ivy blooms have tiny stalks that resemble structure and are more like an umbrella opening. Ivy will grow vigorously and climb to any trees and walls it sees if a good habitat has been provided for it. Even if pruning is done more frequently, it is still a good houseplant.

The ivy blooms? Yes, ivy blooms from late summer through early fall, primarily from September to November. This is also visible in other months, develops to a height of over 20 meters, and generally climbs walls and trees. Ivy looks stunning growing on the garden fence and balcony. It might find a place moving and growing around a wooden trellis or arbour if you have one.

The meaning of poison ivy is comparable to that of English ivy in terms of attachment and affection. However, unlike English ivy, which has more unusually shaped leaves, poison ivy is deadly and can cause skin rashes.

Golden Pothos, also known as devil’s ivy, has a wealth-related spiritual meaning that has the potential to improve many people’s fortunes. It (the devil’s ivy) bears leaves in the shape of hearts and represents happiness and good fortune. If one can grow the devil’s ivy outside the home, it can reveal the state of the family’s general prosperity. It is also known as the money plant, pothos plant, or golden plant, and if it stops growing, it will take some time to make the necessary adjustments for good fortune.

Ivy is significant because, like a wall, trellis, fence, and trees, it retains the weight it binds to a given object. Ivy can spread out until no outside forces can hurt it. If not clipped, it had very robust growth and can become invasive.

What does Ivy mean in the language of flowers?

Ivy represents a connection, friendship, generosity, brotherhood, affection, dedication, and fondness, according to the Flower Language. As a result of loyalty, dependability, and affection, it also refers to the connection between married individuals or those who are planning a wedding. The ivy vine continues to grow, showing us that there is a lasting bond between the two people. English ivy is an evergreen plant that represents a harmonious, enduring connection.

Ivy’s yellowish blooms stand for joy, youth, and a happy existence. Given that it is the hue of the sun, it also represents strength, aggression, and confidence.

Where does the name Ivy originate from?

The name “ivy,” which comes from the ivy plant, is derived from the old English word “ifig.” Ivy is a symbol of fidelity, which is defined as loyalty, faithfulness, or connection to something or someone tied by the trust and responsibility. “Ifig” is a wreath made of ivy, which is a vine. 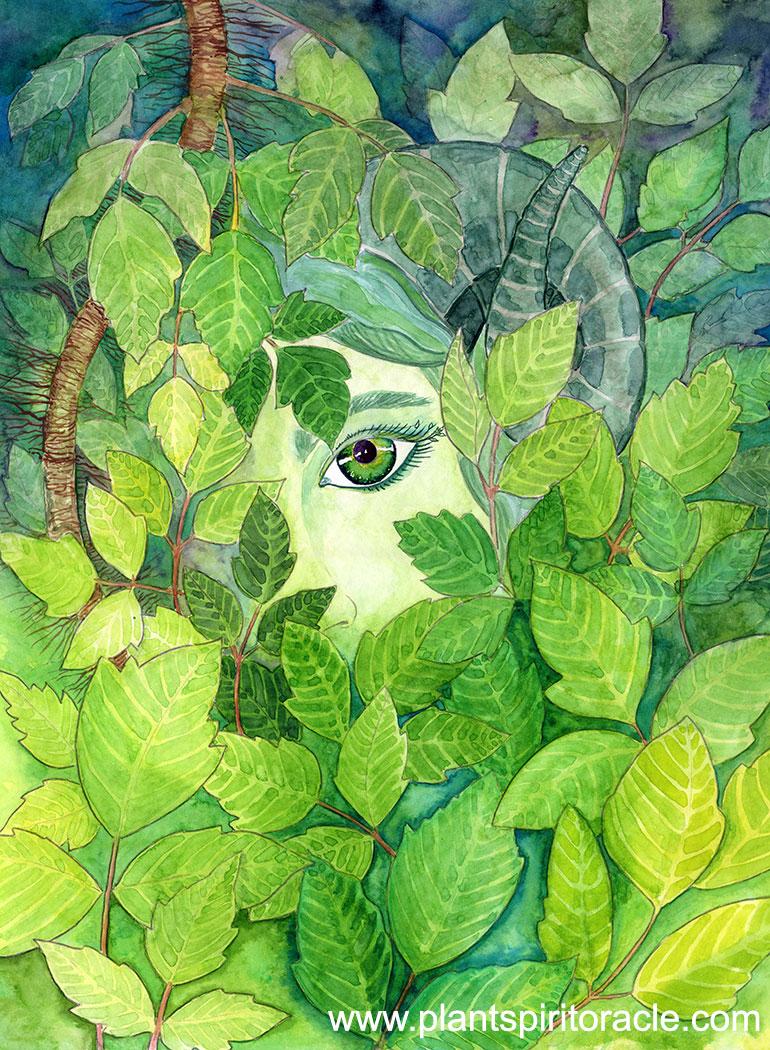 Is it unlucky to bring Ivy into the house?

Some people think that bringing ivy inside can shield them from disaster, tragedy, and misadventure; however, if the plant dies, there will be a financial loss. Let me add one more thing: No plant is unlucky, and if we take good care of our own possessions, we ought to take good care of the plants we chose to bring into the house. It’s not a good idea to blame a plant for your bad luck. Many people think you shouldn’t give this plant as a gift at the end of the year when the Christmas festival is taking place, but if you have a garden, you probably know that plants grown in the winter don’t grow well; they either require extra attention or a better environment to survive. The majority of indoor plants cease growing throughout the winter and resume growth as soon as spring arrives.

My perspective is limited to gardening and its facets, and unless and unless a plant actually injures you or poisons a loved one, I don’t consider it unlucky or harmful.

See I used the same phrases for this plant in my other piece about the spiritual significance of the wandering Jew plant. Plants aren’t a cause of ill luck. We should take good care of the plants and trees that nature has given us.

What does Ivy mean in the Bible? 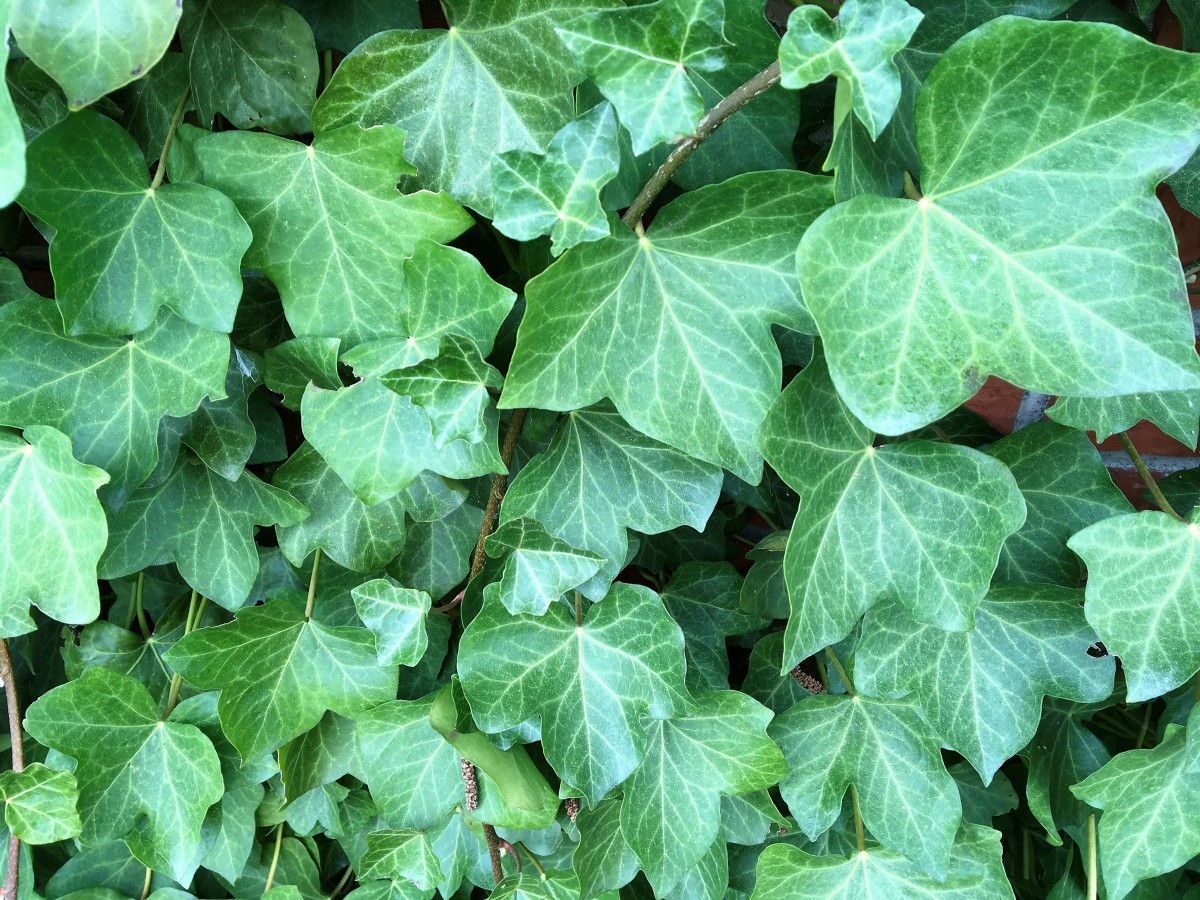 Ivy is a member of the hedera genus, which also includes 13–15 additional evergreen species that are somewhat similar to this plant. These woody plants may migrate upward and downward in response to their needs; if they encounter a tree or a fence, they simply move their vines in all directions and continue to grow. These plants have been found in the Asian region, the north-western part of Africa, the southern part of Europe, and Macaronia. They can reach a height of 15 to 19 centimeters when standing on the ground, but if you place them close to a wooden building, trees, or natural rocks, they can reach heights of 20 to 30 meters. You shouldn’t expect them to achieve this inside. They will undoubtedly do that if they have had the proper training to scale wooden walls.

In addition to being utilized as a living wall and a natural screen, ivy plant vines can also be used as ground covers. Make sure you grow ivy flower plants in regions with good drainage because they require soil that drains effectively. During the hot summer months, ivy plants need to be watered frequently, but not excessively because too much water can cause the leaves to rot.

An beautiful plant known as English ivy is frequently found in homes and gardens. Ivy leaves are frequently used as decorations or even as a specific form of decoration.

English ivy is a perennial that grows over time and can grow to a height of 20 feet. The plant blooms in the summer and has leaves that might be green, yellow, or red. Common ivy, English ivy plant, and other common kinds are just a few of the numerous available forms.

Climbing plants known as English ivy are widespread around the world, especially in Europe, Asia, North America, and Australia.

Although I’ve frequently seen the plants in my grandmother’s home and on walls and fences, you can also grow them in the ground. Ivy plants have been utilized for therapeutic purposes for a very long time. The leaves are a potent treatment for rheumatism, ulcers, and cuts.

The ivy plant has a lengthy mythology and history. It had previously been used to build lovely walls, decorate church ceilings, and even offer shade to people who required it. Ivy, like the Phoenix, is a symbol of rebirth and growth. Generation after generation has used the Ivy narrative to convey feelings of love and affection.

Ivy is a sort of vine that can reach a length of up to 25 feet, but it can also grow on other plants, trees, and building walls. Ivy has been around for many decades and has been used for a variety of purposes, including medicine, home design, fencing, clothing, and many other things.

Making it for decoration and adding a splash of color to your Christmas tree are examples of Ivy Traditions. Ivy vines can be utilized to adorn trees, homes, and commercial structures. Ivy plants on the walls of your house or around the stairs are excellent ideas. Ivy is a great option for many things, including wreaths, garlands, and other ornaments.

The majority of them are 13–15 different types of climbing ivy. The following ivy species are the most prevalent:

English ivy, Japanese ivy, and Japanese climbing ivy are all members of the genus Hedera, and the term “ivy” is used to refer to any of these plants. They are famous for being used as house plants. All around the world, ivy plants can be found in both temperate and tropical climates. Ivy is a common indoor plant since it grows quickly and needs little maintenance. Since ancient times, ivy plants have been employed as a traditional medicine in numerous civilizations.

The Himalayan region is home to the plant Herdera hibernica, which has been used for its therapeutic benefits for generations. The winter cherry, snow cherry, and white crocus are all names for the flowering shrub Herdera hibernica. Traditional uses include the treatment of rheumatism, arthritis, heart conditions, and respiratory illnesses. It has been demonstrated that Herdera hibernica possesses anti-inflammatory and antioxidant properties that assist prevent cardiovascular disease.

Hedera canariensis has a somewhat convoluted history. The French botanist Alphonse Pyrame de Candolle first found it in 1832. He was the first to give it a name. Carl Ludwig Blume later gave it the name Hedera erythroneura in 1836, and Jean-Jacques de La Tour du Pin gave it the name Hedera canariensis in 1838. William Hooker later introduced the plant to England in 1849. This plant is useful for a variety of things, including leaf tea, hair rinses, skin treatments, and even cancer treatment.

Native to Europe and Asia, Persian ivy is a kind of climbing plant. It is still utilized in traditional Chinese medicine today after being used in the past as a medicinal herb. Because it is said to possess antiseptic, anti-inflammatory, and antibacterial qualities, the plant has a long history of use. The vitamins A, B, C, and K are also abundant in the leaves. In the 1800s, Persian ivy was brought to North America and soon caught on as an ornamental plant.

A particular species of plant called Hedera nepalensis is indigenous to the Himalayas and the northern and eastern regions of Asia. Since the 1800s, a climbing vine called it has been employed in Nepalese traditional medicine. It has been used as a treatment for a variety of illnesses, such as skin concerns, digestive issues, and menstrual issues.

1 thought on “Ivy Symbolism – Flower Meaning, Spiritual(What Does it Represent)”