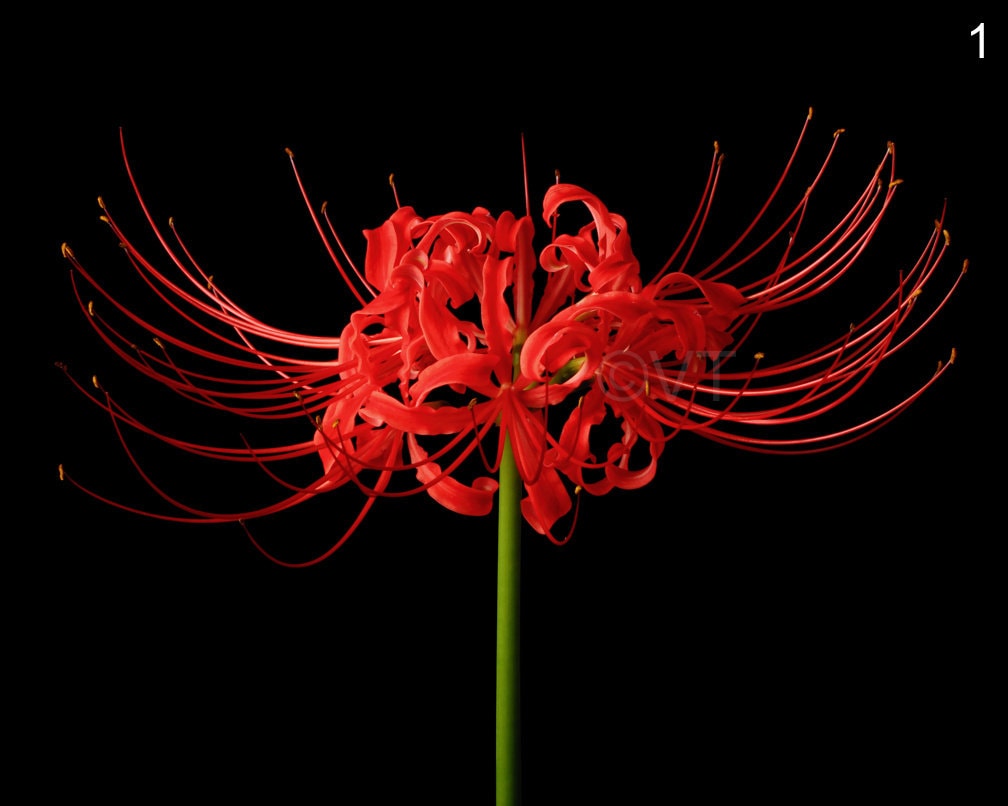 The amaryllis family includes the red spider lily, often referred to as Lycoris radiata, hurricane lily, surprise lily, and equinox flower. Red spider lilies are native to Asia but have gained popularity in the Southern United States. They are flourishing perennials that can grow to be 40–70 cm (15–28 inches) tall and 1.5 ft broad. They differ from other plants in that they continue to grow during the period of hibernation. In the months of September to October, these spider lilies awaken in order to stand up and develop. The lovely bloom often remains healthy for two weeks before turning pink.

The plant has the appearance of a reddish bulb. It has a long stalk with curly stamina and petals that are also curled up. In the summer, its leaves fall, and in the fall, it blooms.

I refer to it as perennial since it keeps growing and produces the same lovely blooms year after year.

The flowering plant genus Higanbana, sometimes referred to as red spider lilies, is indigenous to Asia and belongs to the Amaryllidaceae family. In many places, they become naturalized and are frequently planted in gardens. They have been utilized as a representation of death and rebirth for a very long time in traditional Japanese culture. These flowers have also been used extensively throughout Buddhism, where they are revered as sacred flowers.

Based on when the foliage starts to fall, the red spider lilies in the Genus Lycoris are split into two groups. While the leaves of Lycoris squamigera arrive in the spring, those of Lycoris radiata (red spider lily) appear in the fall. Due to this, both types are distinct from one another. While winter lycoris does best in zone 6b, spring lycoris can grow in zone 3. White, pink, yellow, and red spider lilies with long stems are among the few other flowering hues that Lycoris produces. Because they emerge after other flowers have died, these blossoms are unique.

Because they contain the toxin lycorine, red spider lilies are only somewhat dangerous to people. The ancient Japanese utilized it to keep wild rats and other animals out of the rice terraces. The most typical symptoms include nausea, vomiting, and pain in the lower abdomen. The roots are poisonous, therefore it’s best if most animals stay away from it. When the lycoris blooms, there is a stunning view of rice fields with spider lilies growing side by side.

How to use red spider lilies in the garden? 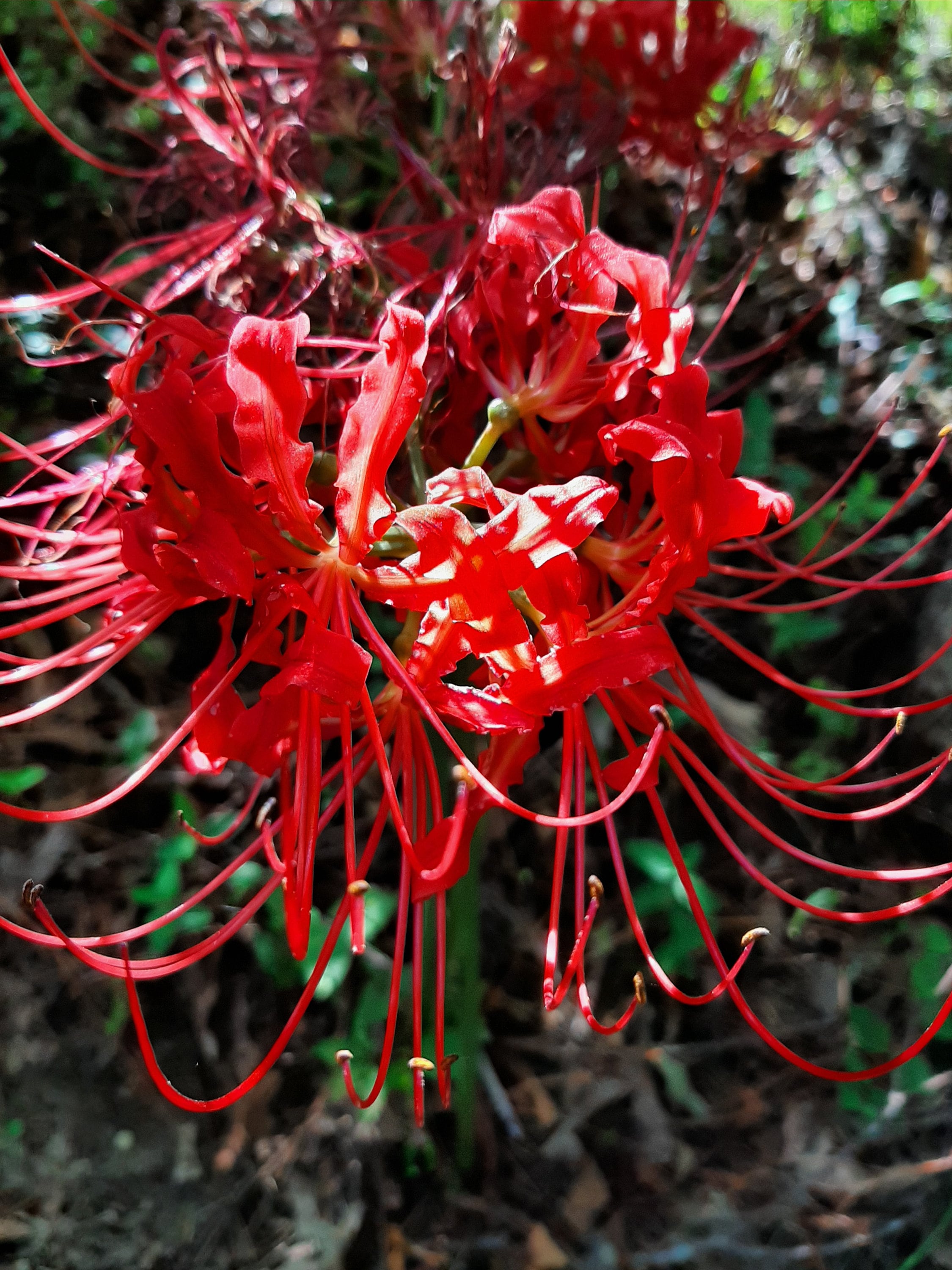 They are also used to treat ulcers, edema, and issues with the nervous system. These can be planted alongside spring blossoms because lycoris will bloom after they have run their course.

If deer are starving, they will consume red spider flowers. Although they are undoubtedly resistant to foliage, they will advance when those orange and red blooms are present because of the attractiveness of flowers. Only decorative plants with thorons or offensive scents are left by deer. To answer your question, it actually depends on the deer because they will only consume spider lilies if they are starving or were unable to find other plants to satisfy their need. I am aware that during a time when there was no food shortage in ancient civilization, people even consumed tulips and other flowers. However, we now have access to all edible food that can be cooked and detoxified. Deer prefer eating green plants, therefore they will undoubtedly consume them. However, despite their red hue, deer are not attracted to red spider lilies unless they are starving.

Red spider lilies must be grown in a certain place. For the best growth, use high nitrogen fertilizer, water, and light.

These crimson spider lilies seek out a permanent spot with enough light. They don’t like to travel around much, so be sure to choose a site for them before purchasing the bulbs.

The neck of a bulb should be on the topsoil, while the other sections should be at the bottom. Everything else can be covered with soil, but the neck should remain exposed. It will undoubtedly expand in this manner.

Other than that, I’ve included below what it needs for growing and caring:

Red spider lilies, also known as Lycoris radiata, are lovely perennial garden plants that look like inverted umbrellas and are ideal plants in the autumn. Its petals are crinkled, and its stamens are lengthy. They extend out to a maximum of 18 inches and reach a height of 25 inches (60 cm) (45cm). The lovely reddish bloom of the flower, which blooms on a naked stem, can be anticipated around late summer to early fall. They can draw a lot of flies and birds and are resistant to deer. They originate from Japan and go by several other names, including equinox flower, red magic lily, and red surprise lily.

The pricing range for red spider lilies, which are available on numerous e-commerce websites, is $8 to $40. Depending on the cost of international shipping. It costs between $13 and $25 in the USA.

The red spider lily can be multiplied easily by dividing newly produced bulbs. Once you realize there isn’t much room left on the potting soil, it will become apparent. Remove the dirt, then carefully cut and remove the bulb. Replant it in a new pot with brand-new soil mixture after that. Because they are still in dormancy, the summer is the ideal time to divide spider lily bulbs. They wouldn’t grow as much if you dug them up in future seasons, which would prevent them from flowering for a few more seasons.

One more thing: If your plant’s bulbs have roots, they may readily build a root system, increasing the likelihood that it will bloom in the next season. The red spider lilies, however, take two years to bloom when they don’t have roots because it takes some time for them to create roots.

Avoid damaging the current bulbs when propagating them and just remove the newborn bulbs. We might be able to grow a new spider lily plant using these rhizomes.

One crucial factor is the red spider lily’s need for light. These plants, as you may know, prefer some shade to direct sunlight. While those who move it to a partial shade area may experience strong growth, more bloom, and rich color, those who grow it in full sun may need to give the plant regular water. You can test this as well because in my experience the plant that was left in some shade performs better and produces colorful blossoms.

The blossoms are primarily red in hue. They have a long, nagged stem with petals that curve inward and curly stamens. Because these plants were employed in ancient times to get rid of rodents from the rice paddies—a crucial crop that was grown in large quantities—Japan is where they are most well-known.

Watering red spider lilies should be restricted to the growing season and avoided throughout the summer. Early summers saw the plant enter a dormant state, which causes it to cease or slow down growing, necessitating minimum watering in order to prevent bulb rot. In order to prevent overwatering, fungus may also cause the leaves to become yellow. Late summer necessitates moderate irrigation. If you placed it in direct sunlight, it has to be watered frequently; however, plants in partial shade only require watering once per week or when the soil is dry.

Your plant need high nitrogen nutrients in the springtime before to flowering. Use a high-quality fertilizer with nitrogen content greater than the p, k value. Phosphorus and potassium are needed after the flowers have faded so that your plant can develop strong roots. The plant will be better able to withstand the winter cold.

As a result of its hardiness to zones 6 and 7, whenever someone asks me how to care for it, I always advise them to preserve the bulbs from rot based on the places with cooler temperatures. People who live in zones 2-4 need to pay close attention since the winter cold might injure red spider lilies. Once a plant has finished producing flowers, it can continue to grow leaves all through the winter and into the following spring. Seasons and temperature are thus always shifting. I only need to bring the plant inside during the winter to keep it warm.

To create a soil mixture, combine ground dirt, perlite, and organic compost. Additionally, you can purchase some quality potting soil straight from the store. Additionally, when planting many plants, space them about 8 inches apart from one another.

The lower roots of the red spider lily are more toxic than the rest of the plant. In humans, the abdomen can hurt. If somebody has eaten it, common symptoms include nausea and vomiting.

They are pest-resistant, however the roots are not protected from fungus infections brought on by root rot. To prevent infections in red spider lilies, avoid overwatering. Always remove any wasted flowers or foliage to keep the plant away from pests.

These plants don’t often require pruning, but you can trim them once the leaves have completely dried out and there are no signs of new growth. If they are yellow, something is wrong or your plant is delivering nutrients for the bloom of the following season. 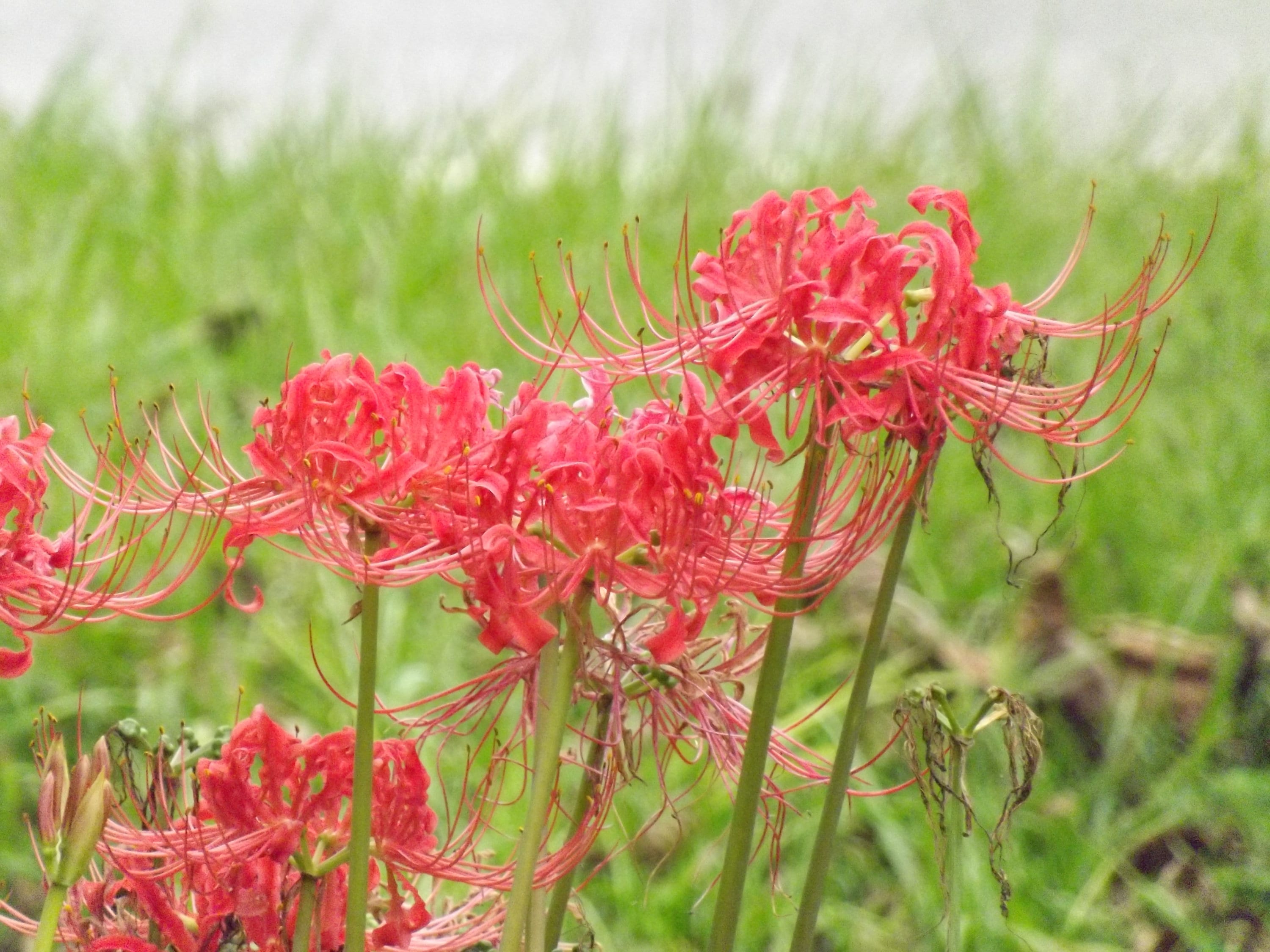