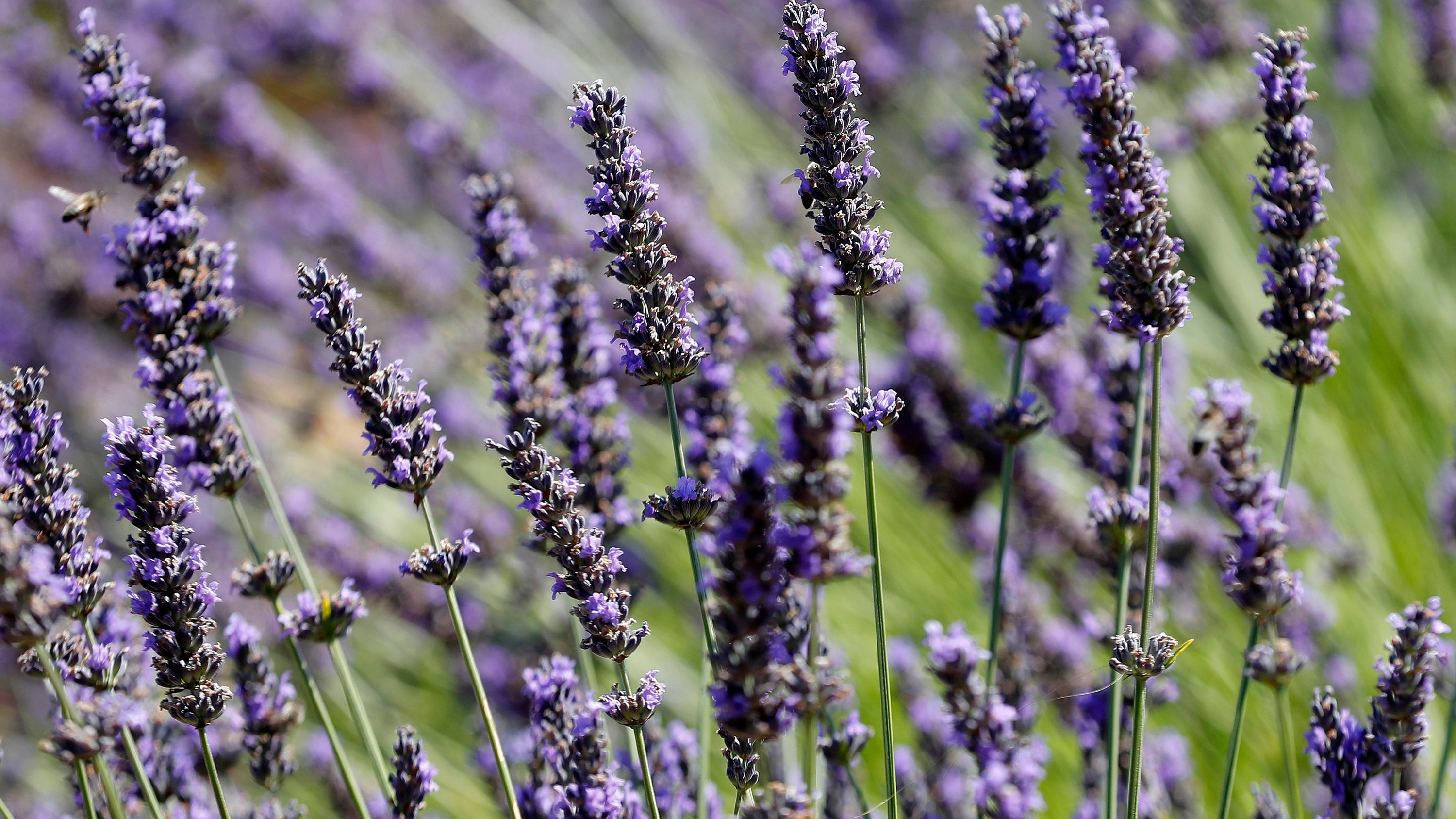 Lavender typically doesn’t smell because it either doesn’t get enough sunshine or is grown in soil that is too fertile. Full sun and low to medium fertility soil are required for lavenders to produce the oil that gives them their distinctive perfume.

There are more elements that could stress the lavender and hinder it from producing fragrance. The peak of a lavender’s aroma comes during the growth season, and it should be noted that some varieties of lavender have a stronger scent than others (spring and summer).

Continue reading to find out what makes lavender smell bad and how to fix the issue. 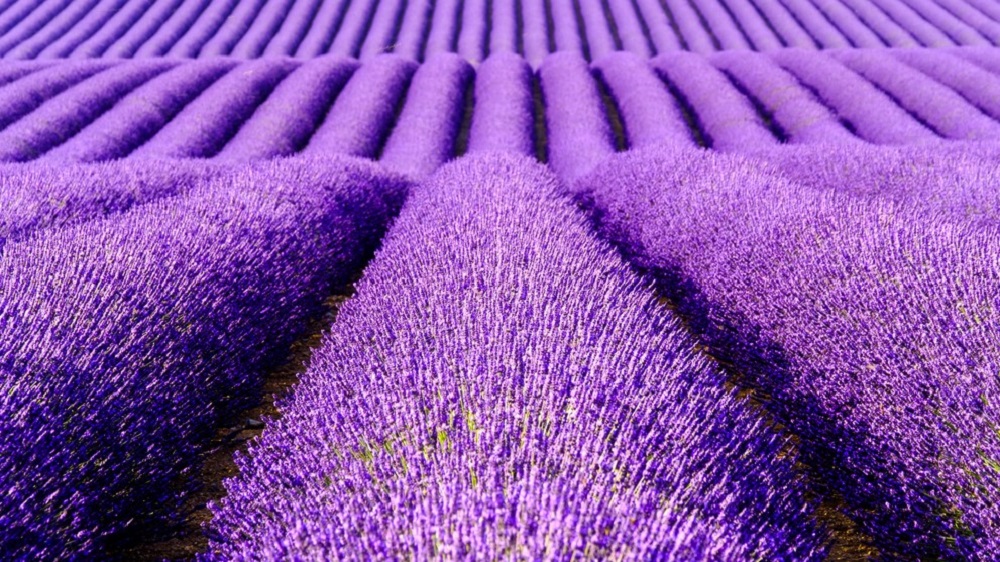 Lavender will produce fewer floral oils and fragrances as its exposure to sunshine decreases. The primary determinant of oil production and, thus, the potency of the lavender smell, is sunlight.

The English lavender species is cold hardy and can withstand frost, snow, and ice in the winter, therefore this does not imply that you need a Mediterranean climate to grow lavender.

However, during the growing season, all lavender should be grown in full light, ideally for at least six hours each day (preferably morning sun).

Always gather lavender in the morning since the oil is more concentrated then.

Try moving your lavender to a more sunny spot (this is best done in the spring) if it isn’t getting enough sunshine, or trim back any trees or other overhanging plants that may be obstructing any sunlight.

When transplanting lavenders, there are a few best procedures to be mindful of, especially when it comes to minimizing transplant shock, which I have covered in an article.

If there isn’t any more room in your garden planting areas and you can put the pot on your patio or another location of your property that gets more sun, it would be a nice solution.

Read my post on growing lavender in pots for more details.

Lavenders grown in fertile medium to poor soils will produce more scent and grow more robustly than those grown in highly fertile soil or soil that has been fertilized.

Contrary to popular belief, lavenders are indigenous to the Mediterranean region, where they thrive in arid sandy soil.

Lavender plants have a unique adaptation that allows them to thrive in less fertile soils with a high mineral content (sand or gravel). In these environments, they produce more flowers and have higher fragrances.

The amount of blooms and odor will decrease as soil fertility increases. If there is too much nitrogen in the soil, lavender will instead become leggy, untidy, and even yellow. Read my article for the remedy if your lavender has experienced this.

No further fertilizer is required for established lavender plants. Make sure your lavender is planted on soil that mimics its native environment if you want them to have more aroma.

Avoid growing lavender in fertile, rich organic soils since this will negatively affect the scent of your lavender. Instead, you should plant lavender in soil that has had either sand or gravel added, since this will mimic the ideal soil conditions for the plant.

When planted in soil with at least 30% sand or gravel, lavenders thrive the longest and emit the most fragrant scent. Additionally, sand or gravel helps the soil’s structure by enhancing water infiltration. This prevents root rot by allowing the roots of the lavender plants to dry out in between waterings.

Additionally, gravel and sand don’t add many nutrients to the soil, balancing out richer soils that are better suited for growing lavender.

Your lavender will blossom spectacularly in the spring and summer with the most aroma under these soil conditions.

Read my article about the preferred soil for lavenders to learn more.

The two most frequent causes of lavenders not smelling as strongly as they could are insufficient sunlight and very fertile soils, however there are some facts you should be aware of.

Lavenders may grow on soils with a pH of 6.5 to 7.5 but prefer an alkaline environment. (This has a pH between a little alkaline and a little acidic).

Because it will be under stress if your lavender is grown in excessively acidic soil (pH less than 6.5), it won’t be able to generate as much oil or scent.

It will be worthwhile to evaluate the pH of your soil if the lavender in your garden receives full sun and has the right drainage and fertility conditions. The most straightforward way to do this is with a product from Amazon, which is affordable and readily available.

The pH of overly acidic soils can be raised to the appropriate range for producing lavender, which reduces stress on the plant and improves circumstances so it can generate oil and scent. Agricultural lime or wood ash, both of which are alkaline, can be used as an amendment.

It is a good idea to remove a lavender plant from acidic soil and transplant it to a pot with new soil until the pH of the soil in the planting area regularly measures between pH 6.5 and 7.5 because changing the pH of the soil does not happen rapidly.

Lavenders are drought-tolerant plants that prefer to have dry roots in between waterings, thus problems with them are more likely to result from overwatering than from underwatering.

The lavender may become stressed from too much moisture in the soil and develop root rot, which will stop it from emitting a scent or growing blooms.

Lavenders are drought-resistant plants that do not require frequent irrigation. In the growth season, established lavender plants only require watering once every two weeks if there hasn’t been much rain, and if they’re kept outside during the winter, they don’t require any watering at all.

For additional details on how frequently lavenders should be watered to prevent this issue, read my post.

Varieties of Lavender with a Strong Smell

If your lavender plant appears to be in good health and has blossomed but does not have a strong aroma, it can be due of the particular lavender variety. Some lavender cultivars have stronger aromas than others.

Examples of commercially grown English lavenders with strong scents include the Hidcote and Munstead varieties.

With the proper care, English lavenders are cold hardy and can survive up to 15 years.

French and Spanish lavenders also have a pleasant aroma and are produced commercially in some areas for their oil if you reside in a warmer environment. Lavandula pedunculata and Lavandula Ballerina are two types that are grown commercially and valued for their aroma.

The English lavender species is the best to use if you want consistently strong-smelling lavender because there are hundreds of different variants available, all of which have varying degrees of perfume intensity.

Lavender has a soft, sweet aroma that is simultaneously flowery, herbal, and evergreen. Additionally, it contains subtle, powdery, or smoky undertones. Some lavenders smell more like medicinal camphor and are more reminiscent of rosemary’s balsamic resin.

Is lavender a good smell?

According to studies, the aroma of lavender relaxes and calms us. It prevents conflict, despair, and anxiety. Lavender is a calming aroma for relaxation that improves our mood and contributes to a feeling of calmness and peace.

Is lavender a feminine smell?

Although it frequently appears in “shared” colognes and men’s fragrances, lavender is only sparingly employed in “feminine” scents today. It blends well with other aromatic elements like pine, sage, and rosemary, as well as patchouli, oakmoss, bergamot, neroli, and orange flower.

Is the smell of lavender good for you?

Helps with sadness, anxiety, and mood: According to Dr. Lin, lavender has the power to lower blood pressure, soothe the nervous system, and elevate mood. “Research suggests that using lavender reduces anxiety and despair.”

Why does lavender smell so good?

Many other kinds of chemicals can be found in lavender essential oil, but S-linalool in particular is what gives the plant its well-known pleasant scent.