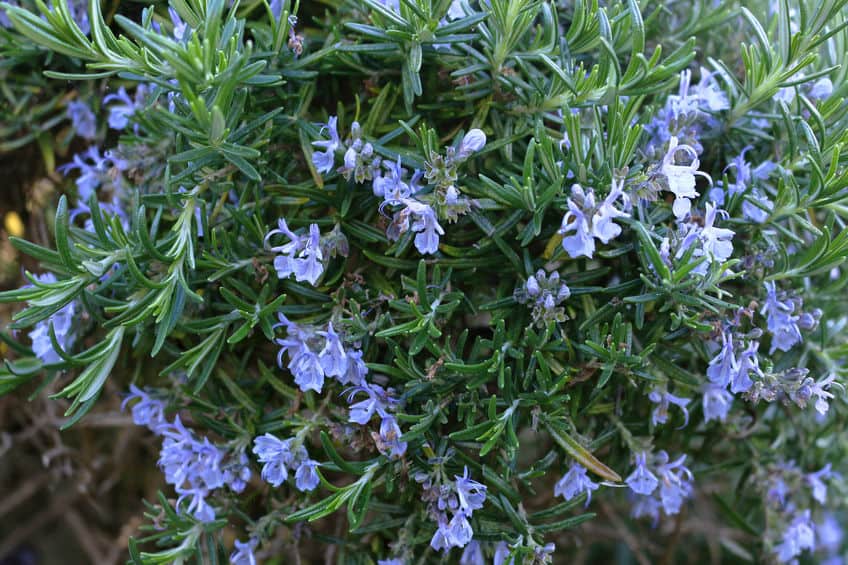 Excess nitrogen fertilizer, which encourages the growth of foliage at the expense of flowers, is frequently the cause of rosemary’s failure to flower. Rosemary typically blooms at its best the year following planting, and it needs full sun and soils with good drainage in order to do so because it won’t blossom in the shade.

A rosemary plant’s developing flower buds can be severed by a pruning tool, preventing the rosemary from blossoming.

Continue reading to find out why your rosemary plant might not be blossoming and how to fix the issue.

Rosemary is a Mediterranean herb that grows wild on hillsides and at the seaside where it can bloom almost all year round. It prefers sandy, nutrient-poor soils in the South of Europe.

Rosemary is not a heavy feeder in terms of nutrients because it has evolved specifically for the sandy soils in its location, which tend to be poor in nutrients, porous, and well draining.

In contrast to the soil conditions to which rosemary is acclimated, if the rosemary is planted in rich soil or a gardener has used fertilizer with a significant amount of nitrogen, this will encourage the growth of foliage at the expense of blossoms.

It’s crucial to reproduce the soil characteristics of the rosemary’s natural environment in order to improve the likelihood that it will bloom during the growing season.

If you don’t give rosemary any more fertilizer, it should be able to bounce back and have a better chance of flowering the next season.

Sand or perlite amendments are suggested if the soil is rich.

This is obviously extremely challenging if the rosemary is huge and established, but if the rosemary needs to be re-potted or is being transplanted, this is a good time to add horticultural sand or grit to the soil mixture.

In order to improve drainage, which improves plant health and balances the nutrient profile to replicate the rosemary’s preferred Mediterranean soil, add roughly 20% sand or grit to 80% compost or potting soil in a pot or planting area. (In climates with high rainfall, I advise using 1/3 sand to 2/3 compost.)

The rosemary should have a greater chance of blossoming due to the increased drainage (which reduces water stress) and a reduced level of nitrogen in the soil.

Not Enough Sun Light for Flowering 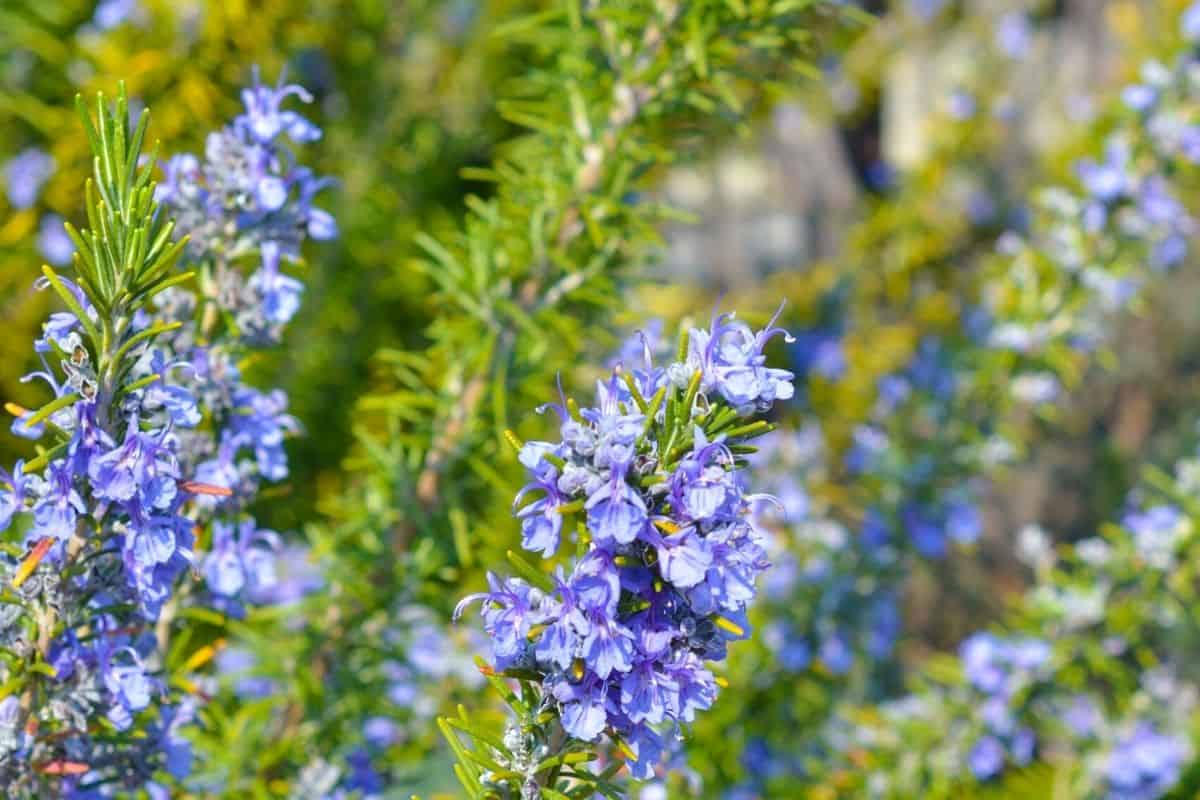 The health of the plants will suffer if rosemary is planted in a shaded area, and it won’t be able to grow healthily or bloom.

Rosemary does not thrive in the shadow, so I advise moving the pot or transplanting it to a spot with full sun (more than 6 hours) and sufficient airflow to lower the danger of fungus.

Remember that while rosemary thrives in more northern latitudes and cooler climates than the Mediterranean region (with the proper care), there will be a shorter growing season and less heat which can limit growth and flowering compared to the ideal warmer sunnier conditions of Southern Europe. Nevertheless, as long as it is planted in full sun there is a good chance of flowers.

Rosemary With Poor Health may not Flower

The health of the plant is another factor that may contribute to rosemary’s failure to bloom. The following are the most frequent causes of rosemary not growing and flowering at its best:

Rosemary dislikes being root-bound because it restricts its availability to nutrients and water and puts stress on the plant. In a pot with a diameter of about 16 inches, plant the rosemary.

This will guarantee that the root system has adequate room to grow and that the pot can hold enough dirt to protect the roots over the winter.

The roots shouldn’t be in persistently wet soil, which is one of the most important variables for the health of rosemary.

Rosemary thrives under conditions of intense sunlight, little rainfall, and sandy, well-draining soils that do not retain moisture.

There is a high chance of root rot and fungal diseases, which can stress the plant and cause it to turn brown, black, or yellow, if the roots are in moist soil (depending on the fungal pathogen).

Read my article on how to save dying rosemary plants for additional details.

Other signs of a water-stressed rosemary include a droopy appearance and fewer spring and summer blossoms.

Overwatering stresses out rosemary, preventing it from flowering properly and shortening its lifespan.

Sand and grit should be added to the soil before planting or transplanting rosemary in areas with a lot of rainfall to improve drainage and allow the roots to dry out and avoid root rot.

With the proper watering schedule, rosemary will be healthier and have a higher possibility of blossoming as opposed to experiencing water stress.

Pruning rosemary encourages additional growth in the form of cooking-useful stems and leaves.

However, pruning too aggressively or at the wrong time might reduce the amount of blooms produced because you can be removing flower buds.

When grown in a warm, dry location with enough of sunlight, rosemary can flower several times during the growing season and even produce flowers in mild winters.

If you want the rosemary to flower, early spring is the optimum time to prune. Early Spring trimming encourages new growth, which may produce more flowers, whereas late-season pruning can hinder the development of flower buds.

Rosemary can still produce new flower buds if it is pruned a little later, but depending on the circumstances, this will probably cause the plant to flower later or not at all.

You can of course choose prune some branches for cooking purposes and leave other stems for blossoms later in the season.

Additionally, trimming the rosemary annually will keep it from growing too leggy or woody, which is crucial because woody growth is far less productive in terms of producing new shoots and showing flowers.

Watch this YouTube video to learn how to prune rosemary in the spring to encourage stem development and show off blossoms.

Time For Rosemary to establish Properly in the Soil 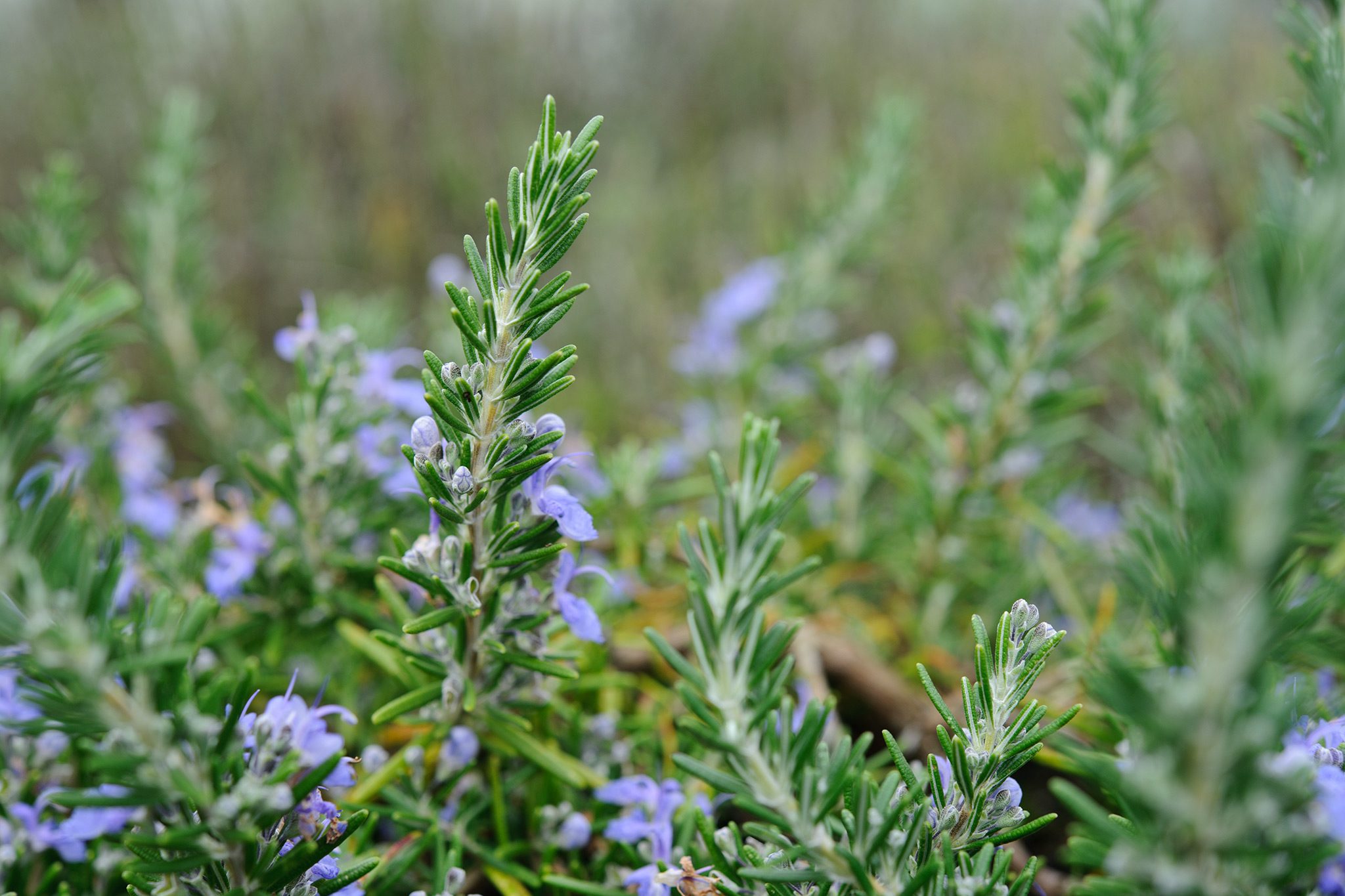 This can be because your garden’s conditions are different from those in the garden center, and it may take some time for the rosemary to adapt to its new surroundings with varied soil, temperature, watering airflow, etc.

Since transplant shock has less of an impact after the rosemary has grown and matured for one or more years, it is far more likely to flower.

While it could take some time and persistence, when the rosemary is strong and prospering, the sight of blue blooms as well as the flavor and perfume of the leaves are all magnificent!

What does it mean when my rosemary flowers?

How do you make rosemary flower?

Once or twice a year, prune the rosemary lightly, and every four years, prune it aggressively. This will assist in preserving a healthy rosemary plant with a lovely floral pattern. Rosemary does better and blooms more on sandy, rocky soil with good drainage. Add perlite, sand, or girt to encourage blooming.

How long does rosemary take to flower?

Is rosemary good after flowering?

In speaking, herbs tend to lose or change flavor after they blossom, but in my experience, rosemary does not significantly alter its flavor after flowering. Because of this, I am happy to harvest rosemary right from the plant and use it year-round, whether or not it is in bloom.

Should you let your rosemary flower?

When rosemary flowers, you have two choices. Since the plant is no longer putting its energy into blossoming, removing the blossoms will encourage plant growth. Leave the flowers alone and they will draw bees, resulting in cross-pollination, which produces more flowers and plants in the end.

1 thought on “Why is my Rosemary Not Flowering?”