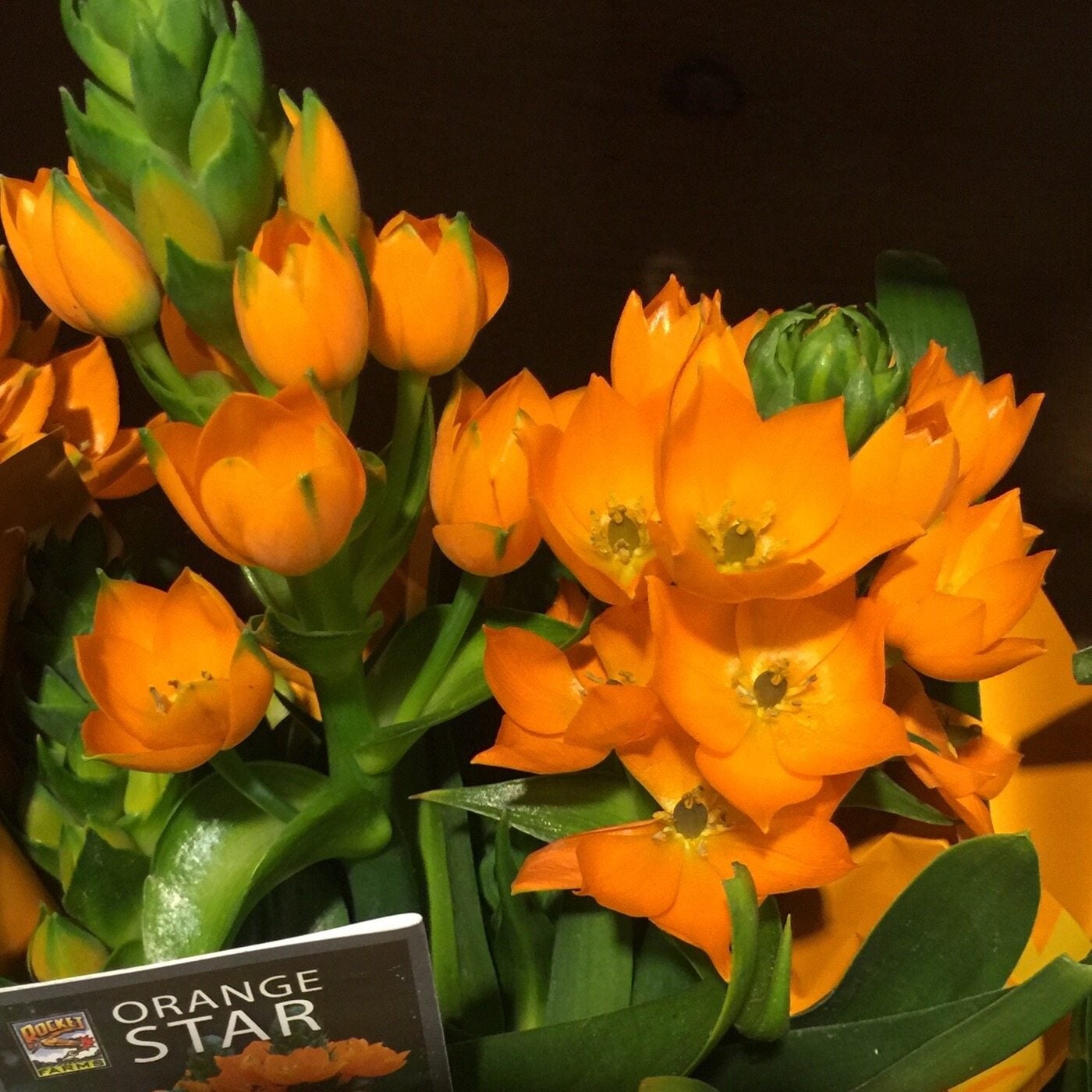 If you’re looking for an orange star plant with yellowing leaves, remember that this is a flowering plant also known as the Sun star or Ornithogalum Dubium. These plants are best used as decorations because of their star-like appearance. The orange petals’ brilliant brilliance can be one of the highlights. Let’s investigate the cause of my orange star plant’s yellowing leaves. 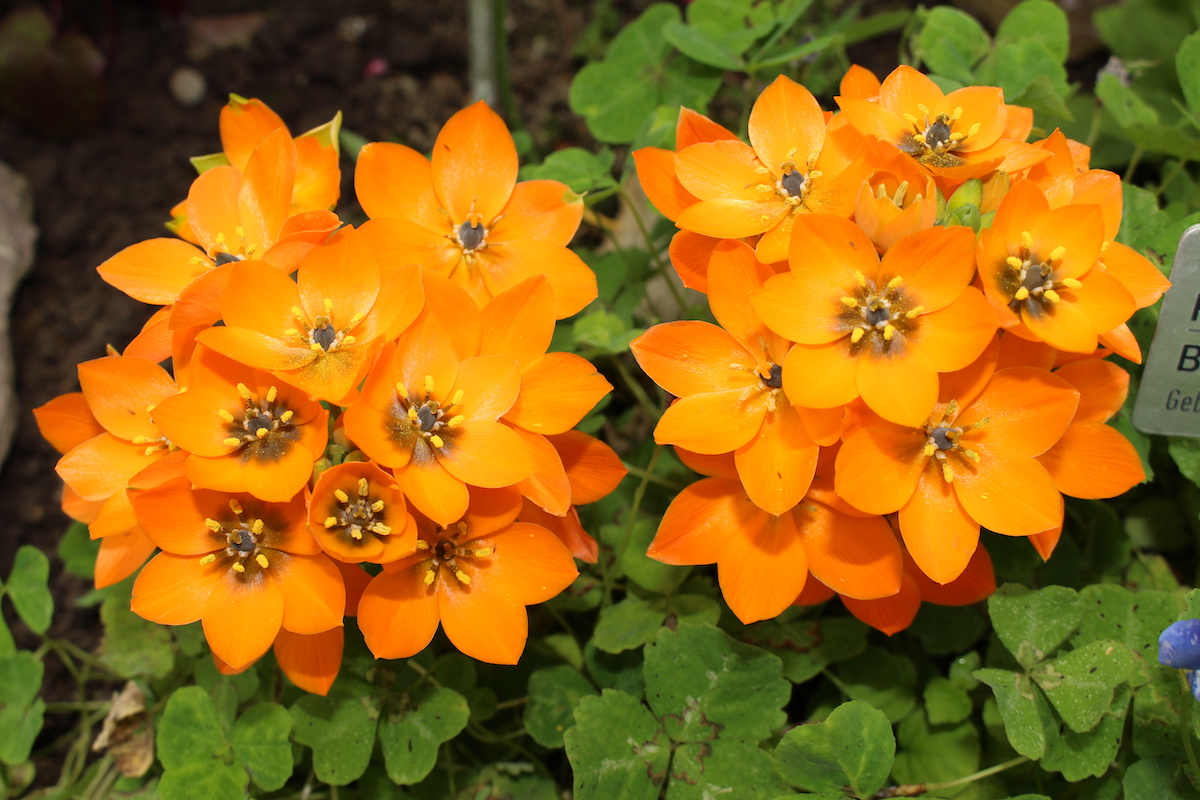 The following are some causes of yellowing orange star plant leaves:

Orange star plant is a flowering plant that needs more water during the summer than it does during the spring. Many of us make the error of giving the sun star too much water in the mistaken belief that it needs it to produce blossoms, but once the overwatering hits the roots, it causes root rot, which causes the orange star plant’s leaves to become yellow. If you overwater the soil of this plant after it sheds its blossoms in the fall, the plant may suffer long-term consequences.

Additionally, if your pot is enough and drains all water completely, you can water it once or twice every six days after determining if the top soil is dry or not. Additionally, I do not advise drying it entirely. This plant does prefer a damp but not soggy environment.

You may even add some gravel when repotting because it improves soil drainage, which can help orange star successfully avoid any water logging.

The orange star leaves will quickly turn yellow if you use poor soil that takes a long time to drain the water because it encourages root rot, which damages the leaves and could cause the plant to die. For orange star development, good soil that drains well is required. It also requires fertilizer from spring through summer to produce flowers, but if you are using a good potting mix, you might not need any fertilizer the first year because the majority of potting soil is created from organic compost, which stores a lot more nutrients than a flowering plant needs.

Here’s a link to a store if you don’t already have this plant:

Additional species of this plant family:

Purchase Star of Bethlehem or Ornithogalum Saundersiae from ETSY (WHITE)

Poor soil is another reason for the drooping of orange star plants. Read my piece on the topic as well.

The orange star plant may begin to develop yellowing leaves as a symptom of a lighting problem if you are not providing it with enough light. Due to a shortage of indirect light, one of the sides usually develops fading leaves. If you place your plant close to a window, it might receive light from one side, but the yellowing could be caused by the opposing site not receiving enough bright light. This issue can be permanently resolved by shifting or turning your pot every week or every 4-5 days in a light direction.

You can even move it to a different spot if you want the entire plant to receive light. Many people who don’t have windows that face south can attempt artificial plant lighting, which is equally effective for houseplants.

The artificial lighting I suggest is as follows:

For overall growth and to be able to produce vivid blossoms, orange star plants do require fertilizer. They also require additional energy or nutrient-rich soil. The lack of nutrients in the soil can be treated with a liquid-based slow release fertilizer. An orange star plant flowers from spring to summer, thus every 4 weeks during its growing cycle, it needs a decent fertilizer.

However, utilizing fertilizer incorrectly can result in the yellowing of the leaves on orange star plants. A fertilizer overload could even cause the leaves to burn. Because of this, you should only use fertilizer after reading the directions.

The following fertilizer is suggested for orange stars:

How to Fix Yellow leaves in Orange star plant 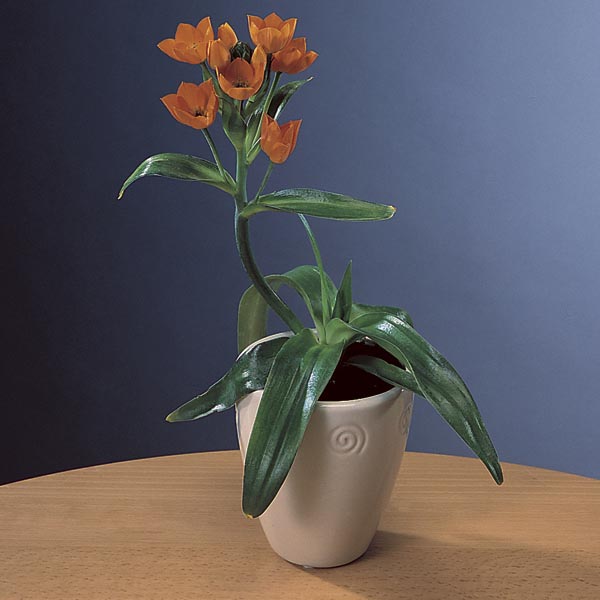 It can also be due to poor lighting, which can be fixed by moving it to a room with better lighting.

Use fertilizer sparingly because excessive fertilizing might cause orange star plant leaves to yellow.

Poor soil is another factor that contributes to orange star plant root rot, which can be prevented by repotting the plant in new soil.