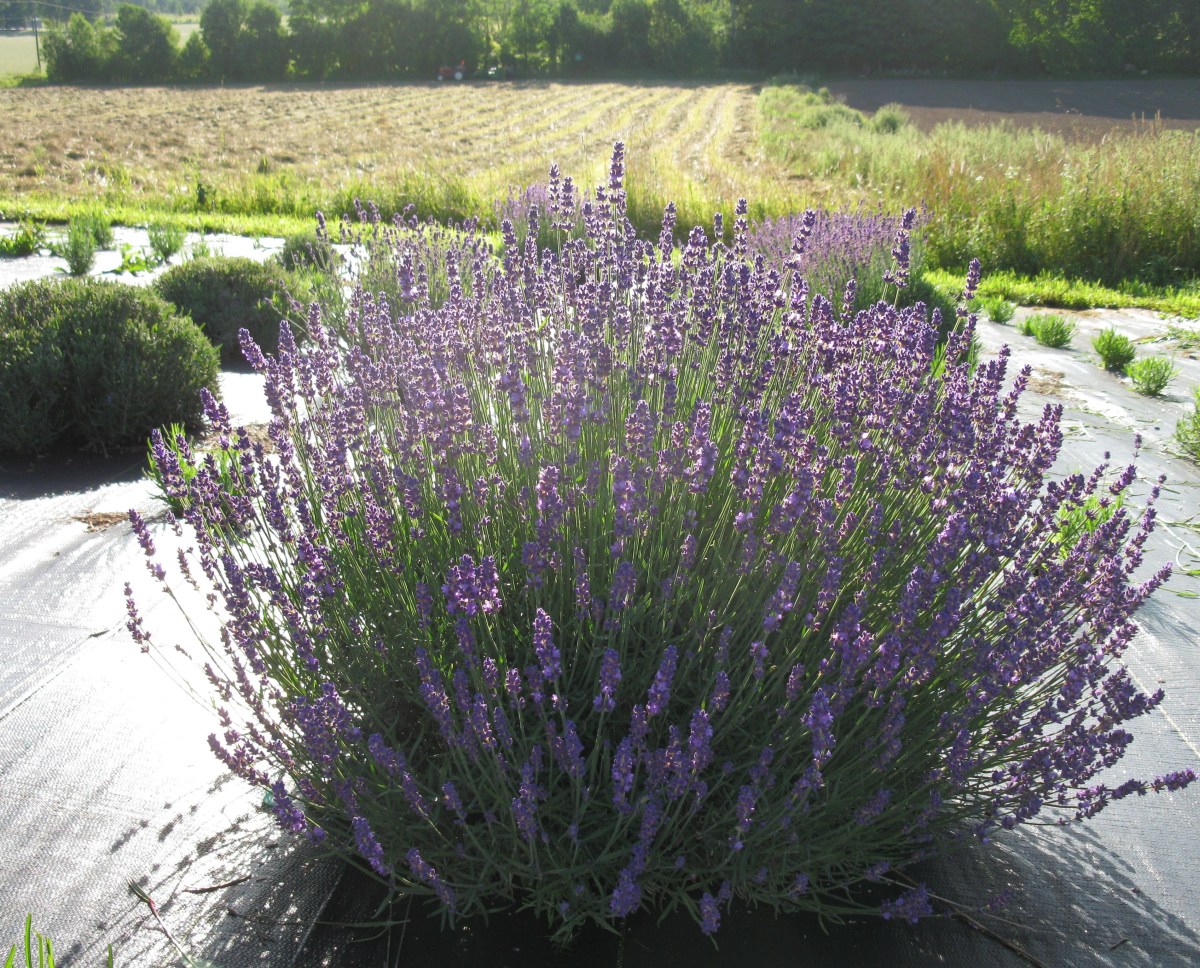 English lavenders are the hardiest of all lavender species because they can withstand winter snowfall, summer drought, and predatory deer and rabbits while living a long life with proper care. The most cold-tolerant lavender, Hidcote superior, can withstand temperatures as low as -30 °C (-20 °F).

The only lavender that can grow effectively up to USDA zone 5 in temperate climates with numerous winter frosts for multiple years at a time is English lavender.

Why English Lavenders are the Hardiest 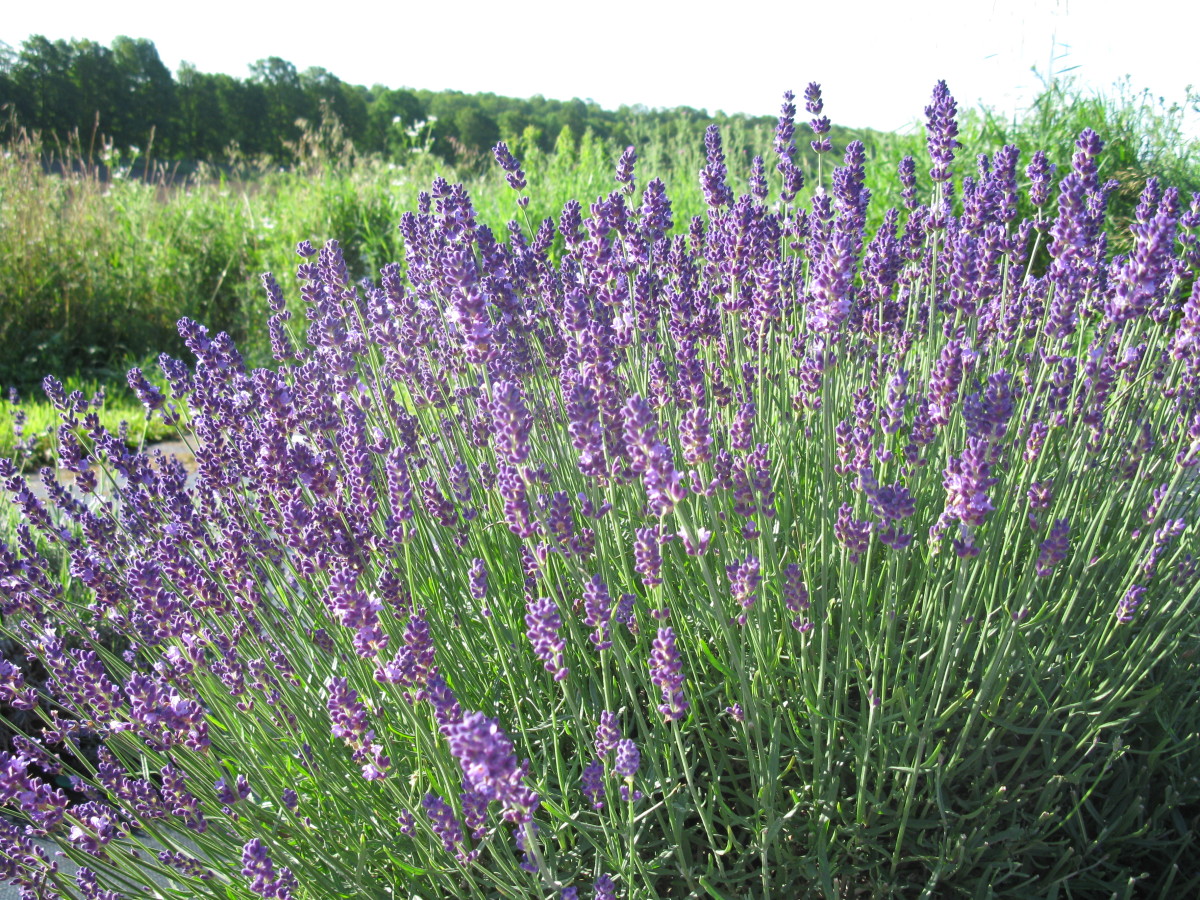 This is presuming that the lavender has been properly winterized, including pruning in the late summer and the removal of any dead leaves or other moisture sources before winter that may otherwise encourage the growth of fungus.

Lavender needs to be well pruned in the early spring and late summer to develop a strong mound shape and structure.

When pruned into a mound, lavenders are more resistant to the affects of winter because this shape efficiently deflects snow or ice and keeps moisture from penetrating the more delicate woody base for extended periods of time.

(Read my article for a complete checklist on how to care for lavender plants through the winter.)

In order to extend the life of the lavender plants, pruning also retards the growth of the woody base.

Lavenders of all species must not be planted in wet, water-retaining soils like clay or bog-like low lying regions of your garden since they all need soil that drains quickly.

Although gardeners love non-English species (such the Spanish, Italian, and French lavenders), they are not cold hardy and would probably perish under the first winter frost.

Because of this, non-English lavenders are regularly mistaken for annuals while in reality they are perennial sub shrubs that, given the right care and location, can live for many years.

If non-cold-hardy lavenders are to survive for several years in locations that experience frost, they must be planted in pots and brought indoors for the winter.

Due to their Mediterranean heritage, English lavenders are not only highly drought tolerant but also thrive in colder climates.

If there are extended hot spells without rain or if they are in pots with a propensity to dry out faster, established English lavenders will only occasionally need water.

All lavender species are susceptible to illness; English lavenders are not particularly susceptible. The most frequent threat can be readily prevented with little soil preparation, which happens when soil doesn’t drain quickly enough or lavenders are overwatered.

The English lavender, like all lavenders, is native to the hot, arid Mediterranean region of Europe despite its name. (They are known as “English” lavenders because they thrive in the temperate English climate and have been widely grown there since the 1800s.)

There is no lavender species that thrives in locations of excessive humidity because lavenders are accustomed to dyer and even windy weather. Although there are some steps you can take to negate some of the effects of humidity on lavenders, lavenders in humid areas typically suffer from browning foliage as a result of rot.

English lavenders can survive in areas with moderate rainfall, but the soil needs to be amended with a lot of sand to ensure rapid drainage and little moisture retention.

English lavender has made a special adaptation to grow in the sandy, low-fertility soils of southern Europe’s Mediterranean region. Cultivated lavender can flourish in sandy, dry, fast-draining places where other plants would find them unsuitable and doesn’t need any additional fertilizer.

For this reason, English lavenders will thrive in pots since they offer the ideal drainage conditions for growth.

English lavenders are one of the easiest plants to grow under ideal circumstances due to their adaptability.

English lavender comes in a variety of sizes and many different varieties. English lavenders have a long bloom period and a distinctively potent aroma that has made them a favorite among gardeners for decades. They can be cultivated for low hedges, ornamental purposes, potpourri, or commercial oil production. They are quite adaptable.

Popular English lavenders that are semi-dwarf:

In cold locations, Hidcote superior lavenders are the greatest option for compact decorative or hedge plants because they can withstand temperatures as low as -30 °C (-20 °F).

The most popular cultivars of English lavender are the Munstead and Hidcote kinds, which are prized for their long-lasting flowers and potent smells and thus are well-liked by gardeners.

Vera and Hidcote Giant can grow to sizes of up to 36 inches (90 cm) in width and 40 inches (1 m) in height. For their oil, they are frequently cultivated commercially in Provence, France.

Check out my article Do Lavenders Spread? for more details on the size of lavenders at full maturity.

Which lavender can survive winter?

The main distinction between English and French lavender is that the former is cold-tolerant and can live up to 15 years, while the latter only lives for 5 years and blooms for considerably longer.

What is the most hardy lavender in UK?